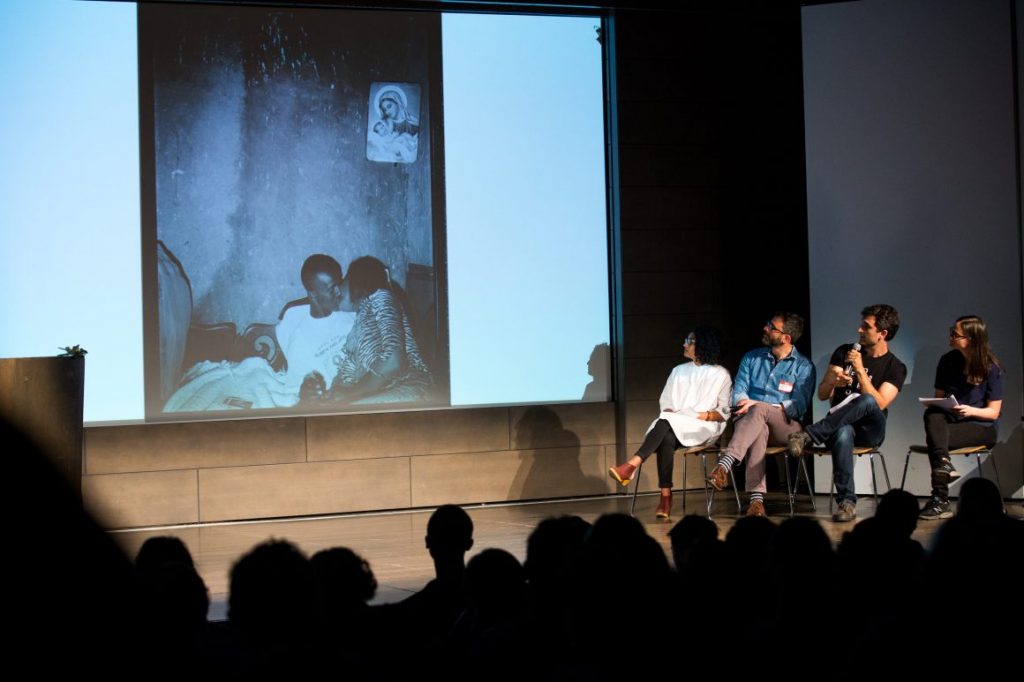 Creative Producer and filmmaker Hanul Bahm wrote a thorough review of the Magnum Foundation’s Photography Expanded symposium on Collaborative Approaches to Creative Documentary Practice, held in New York on June 8, 2017, for The Alliance. The symposium explored collectivity, authorship, participation, and collaboration in photography and creative documentary practice. Presenters showcased projects from a range of disciplines and fostered exchange about what it means to partner with other makers, subjects, and publics. Bahm’s overview is worth reading in full, but it is her conclusion that is perhaps the most vital reflection:

“In 2017, documentary belongs to everyone, as it has all along. If documentary has, on some level, always been about the courage to step into others’ lives, open shutter and free of concepts, then I can’t think of a more vital practice for everyone to own.

Photography Expanded exposed me to the depth and current that’s become collaborative, formalized documentary. It let me to listen to some of its brightest and committed practitioners. What Magnum Foundation pulled off was, by any measure, a tour de force of organizing and curating.

I appreciated Nato’s [Thompson, then Artistic Director of Creative Time] reminder that an image’s worth hinged on its capacity to stir people. How did we come to forget that? But, as Nato also raised, image-making has become an act of social capital. In a time of when there’s so much pressure on creators to market their image(s), I wondered how this shifted, or reinforced, entrenched paradigms on our field.

The fundamental collaborative relationship in documentary is still between the represented and the photographer. Had anything changed in that dynamic? I thought of the disconnecting acts that had become standard in our field. Someone with more resources and social capital, often describing someone with far less. Highly aestheticized images. The opportunities to create being correlated to career bona fides, fellowships, affiliation. Describing our work in concepts that would likely alienate those portrayed, in circles where none are present. If doc subjects are documentarians’ currency for upward mobility, then what was being offering them in return… exposure? Was that enough?

I’m glad to be living in a time when formal and informal images can be equally appreciated and share space in the world. I’m glad we’ve shifted from praising auteurs to praising the widening and group genius that collaborations can be. But maybe we should pause on conferring greatness for a moment.

More than the idea of collaboration, Photography Expanded left me with a sense of urgency toward ownership. For every person and every body to know that their take and equity in any given situation, matter—because it does.”

“The work needs to resonate with the communities. If the art world gets it but the people represented don’t, it has somehow failed.” — Tiona Nekkia McClodden