The Fish That Never Swam 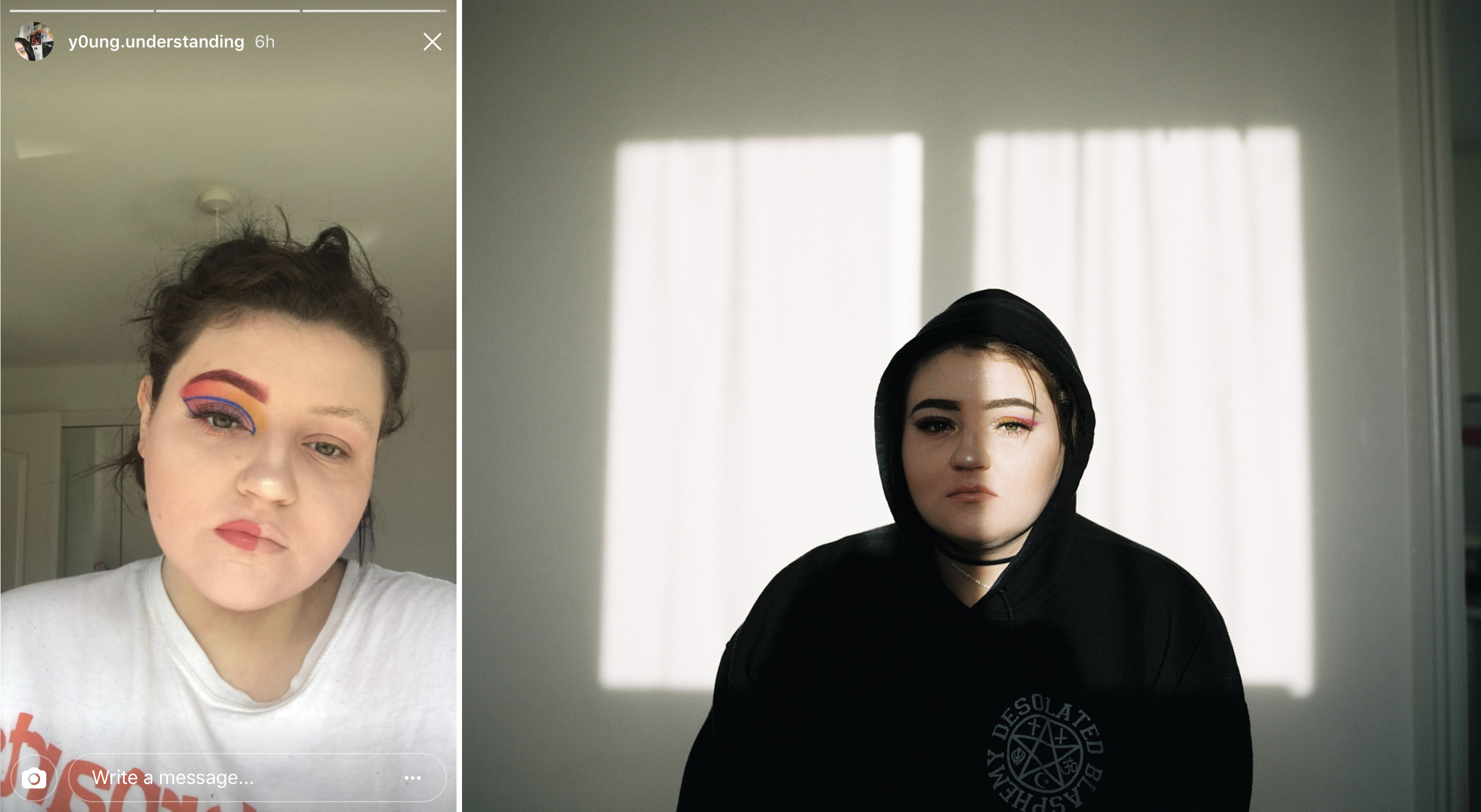 Left to right: Self-portrait by Hollie Leggat, and recreated self-portrait of Hollie by Kirsty Mackay

While not an exclusively collaborative project Kirsty Mackay is incorporating some measures of participation and shared representation into her new body of work (for which she was just awarded the Rebecca Vassie Memorial Award for developing photographers), The Fish That Never Swam. In this series Mackay is revisiting Glasgow, her home town, to examine her roots, her longing for, and sense of belonging to, the place she grew up, but the underlying theme of the work is the ‘Glasgow Effect,’ a term which describes the lower life expectancy and poorer health for many of the cities residents. The somber title of Mackay’s series comes from the bleak Glasgow coat of arms; There’s the tree that never grew, There’s the bird that never flew, There’s the fish that never swam, There’s the bell that never rang.

The series is a mix of landscapes which map a modest scene of overgrown plots in muted greens and the grey-browns of urban decay and emptied city spaces, as well as images of Mackay’s sketchbook, and more formal portraits of residents. In addition to the underlying narrative Mackay is also using this work to explore sharing the series in ways which might better reflect her process, as well as making in ways which takes representational cues from the people she photographs. She works with people she knows, including her own family (those who live in Glasgow, as well as her children who she brings with her), but also uses Instagram as a platform to reach people as well as an indication of how they might want to be shown/show themselves to the world. Mackay says this approach is a deliberate experiment with her practice:

Someone said to me, at the beginning of my ‘Glasgow’ project, that I needed a strategy – I didn’t want a strategy. I wanted to see what would happen & be led by the subject matter. That has happened and several strategies have emerged. One of which, is to recreate my collaborators own images, they post on social media. We used this [first photograph] picture of Hollie as a starting point for a portrait & in this case went on a journey together, that resulted in this final image.

This work is demonstrative of the ways in which more practitioners are embracing collaborative approaches to representation, or at least resisting the deeply embedded narrative that photographers have a monopoly on the ways in which those people who become the focus of our gaze can be shown to the world. I like this work. It’s simple, clear, and it doesn’t overstate its claim for collaboration––refreshingly, given the current trend for calling so much traditionally made work “collaborative”––while thoughtfully addressing the ways in which the subjects are already sharing themselves. Mackay is, after all, the key driver of this series, constructing the theme, as well as the visual synopsis, and recreating the self portraits rather than including them as found. This is a legitimate decision, and works with the visual language of the other images in way that images of diverse quality might not, but also in sharing the process this approach it becomes something significant rather than a hidden methodological strategy employed only to get access. Plus Mackay makes really beautiful portraits.

With the support of the award, Mackay has set up her own artist residency in Glasgow, and will spend the month of June there finishing the series. You can follow the progress of the work at her website, or on her Instagram where she is sharing images along the process of making them (constructing an interesting loop, in which she uses the platform to source people, and reposts the work there, potentially showcasing the work to future participant–subjects). A bonus of following the project on Instagram is that one of her subjects, David, seems to have embraced the project by including the project hashtag in the images he is making to document his weight-loss. It’s anecdotal, but perhaps this a small piece of evidence that including subjects in their own representation allows them to acknowledge their role in photography projects in ways they might not otherwise. And, at the heart of it, I think paying attention to that simple detail is what this shift towards subject–inclusive practice is all about––respecting the ways in which subjects are also able to visually articulate themselves within the context in which they exist/the work is created.