‘Charismatic Agency’ and the power of seduction 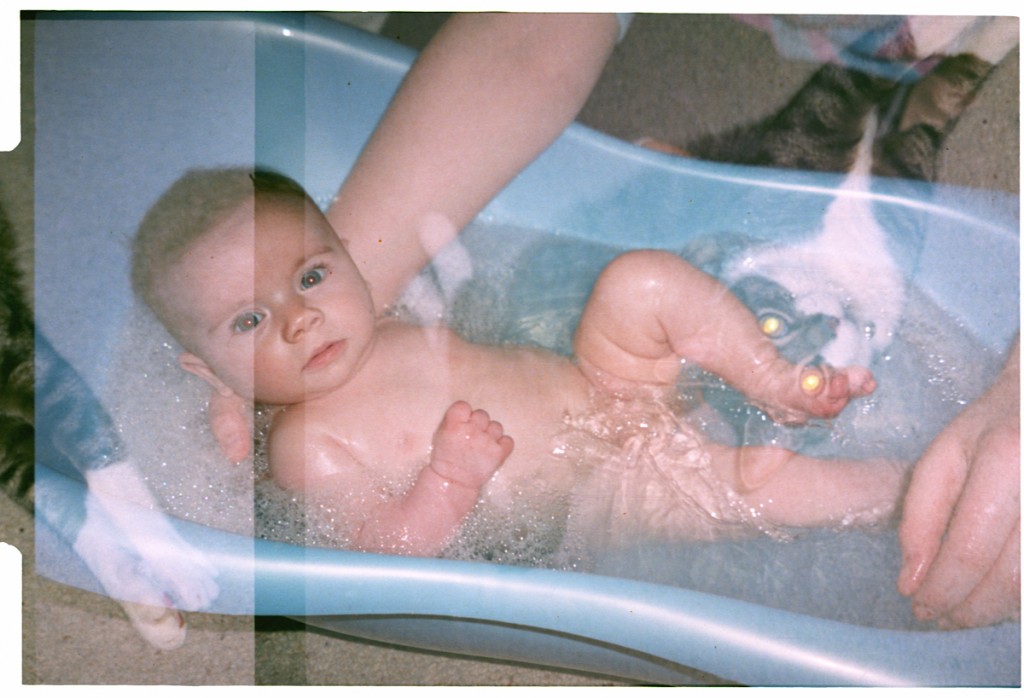 “Despite the current enthusiasm for social practice, it is not without its tensions, especially in sectors where art and activism overlap. As agents of change, social-practice projects can seem wanting: the scale is often small, the works are temporary, and success may depend on the charisma of a single artist.” 1

One of the things I think about a lot while researching my PhD thesis (examining the tension between process and product in socially engaged photo-based projects) is the expanded role of the photographer who instigates these projects. I think about the (sometimes monumental) pressures placed on this person (myself included), but also what kinds of people are most successful at creating collaborative and participatory projects?

Orchestrating these projects is an almost ‘too-niche’ position; requiring a comprehensive understanding of the pragmatics of carrying an idea from conception, through collaboration, to the gallery walls, or the pages of a book. The collaboration, of course, usually consists of gently coaching a group of people (with significant project-to-project diversity in age, gender, race and place) into understanding the finer points of visual language, and how it can be used to seduce the audience with powerful images. (I speak specifically of seduction in terms of visual activism, and the ability of the image to catalyse social change, which is my area of interest and work.)

When I did my first collaborative photographic project, Red Light Dark Room; Sex, lives and stereotypes, which was a exhibition and book made with a group of women who work in street-based sex work, I manned every post; Administration, PR, website construction, teaching, grant applications, editing, photographing, writing, social media, publishing, design etc. (not in any particular order). And all while I was on an almost vertical learning curve about a world that I was totally unfamiliar with, and trying to establish significant relationships of trust with the people I met there. (I don’t want to downplay the relationship-building aspect either, because it is here that I spend most contemplative thinking about who can do these projects––if there is a specific kind of character that is ‘best’ at orchestrating projects like these).

To boot, I had never worked collaboratively before, and really had absolutely no idea what I was doing. And I did all that in the space of a year (to be fair the project entailed the women photographing their own lives in addition to my photographing. I also had assistance from a number of people who kindly volunteered to help me navigate many facets of the intertwined and complicated aspects of the work, but perhaps more in the logistical than the conceptual). In more ways that one (I will take the chance to pick apart the project soon) it was a baptism by fire.

Claire Doherty, the director of Situations, a UK-based company who commissions and produces public art works, introduced me to the concept of ‘Charismatic Agency’ in a workshop I attended through the Portland State University Art and Social Practice MA program, where I am currently a scholar in residence. Written in my notebook during the workshop, under the question, “If your work acts as a catalyst, what is your responsibility to what is generated?” are the words  CHARISMATIC AGENT, heavily underlined.

Doherty (and her co-author on Locating the producers; Durational approaches to public art, Paul O’Neill) uses the term to frame the role the artist plays in the creation of Public Art practices, outlining that one of the most prevalent characteristics of commissioning practice is the significance of charismatic agency, whereby a key element of an individual’s curatorial practice is the visionary means they use to engage participants and visitors and to secure funding. 2

“Public art is of the people and made with the people, but not always by the people. Artists are skilled creative thinkers as well as makers. They are the charismatic agents who arrive with curious ideas – a black pavilion could be barnraised in a Bristol park, a graveyard could be built to commemorate the Enrons and West India Companies of our fallen economy, the sounds of a church organ might bleed out across the city through a mobile app. Trust the artist’s judgment, follow their lead and invest in their process.” 3

These ideas of ‘specialness’ or gesturing to some ‘divine gift’ (an external divine agency that acts through the artist 4) identifies some tension with the ideals of Socially Engaged Art (SEA), which moves away from ideas of the single auteur to collective authorship. (I see this as Doherty pushing back at the democratisation of hierarchical art structures, which with no well‐reputed figurehead securing investor trust, is detrimental to the ability to attract finances. Even SEA, existing at odds with the capitalist market infrastructure of the art world, still relies on traditional sources of funding. 5)

It is this tension between collaboration, and the requirement to produce some kind of ‘charismatic’ product or reputation to attract financial or social investment, that I have borrowed from Doherty’s concept to examine my own practice (and those practices of other photographers utilising collaborative and participatory methodologies). I’m trying to further understand both the ‘charismatic agency’ of the artist in instigating, producing and publishing collaborative practices (the process), but also the ‘charismatic agency’ of the photograph, and its ability to catalyse change (the ‘product’ part of my research topic).

In fact the ‘charismatic agency’ of the image has become a part of the criteria I am using to examine my own process, and the ‘use value’ of the images produced in the collaborations I initiate. In the introduction to Parr by Parr; Discussions with a promiscuous photographer, a rather wonderful little book that is an interview between photographer Martin Parr and Quentin Bajac, the head of photography at France’s National Museum of Modern Art, Bajec references the deliberate seductiveness of Parr’s visual language.

“Vivid colour and a certain humour play a substantial role in the conscious act of seduction. To seduce is literally and etymologically to lead the spectator elsewhere––because to be seduced is to accept being diverted from one’s own vision of truth” 6

As a fairly experienced visual storyteller, I am familiar with making intentional choices about what sort of visual language I want to utilise on each project I photograph. And I have the equipment to enact the language I choose. It is an act of deliberate calculation––for example, on a project with elderly people who had been the victims of abuse I chose a soft, shallow focus 50mm lens to highlight the paperiness of their skin, and the trinkets and objects they framed their homes with. I printed the images on a velvety paper stock that further invited comparison to the texture of the skin, and at a size that invited viewers to come close and read the images as intimate moments, that contrasted dramatically with the tales of horror they were laid next to. People left the opening in tears, after pressing their intention to call their own grandparents on me as I stood by the soft images and their heavy words.

In contrast I was able to, scrapping and scrounging, mostly hand out 35mm film cameras to the participants of Red Light Dark Room project. It was important (to me) that the women had the best equipment I could afford, but the SLR’s were heavily supplemented with point-and-shoot’s (and some women asked for them, intimated by the larger, bulkier camera’s). Aside from working with a significantly transient group, which made the structured ‘learning’ I had originally planned seriously challenging, the bulk of the women began by taking snap-shot-like images of their children, using the project to meet their own needs. Which certainly played into the aims of the project, to address some of the stereotypes faced by women who work as street-based sex workers, showing a more nuanced and complex view of their lives. But it also added pressure on me to curate the work into something more seductive than a family album.

They are such evocative words––’charisma’ and ‘seduction’––and to apply them to these kinds of projects, and to the people instigating them, seems horribly calculating, and out of line with the sorts of touchy-feely’ness more consistently associated with deliberately de-authored practice. This leads me, though, to a renewed interest in examining the spectrum of participation and collaboration, and the role the photographer plays in these collectively authored projects, to ascertain whether the positioning of photographer (as catalyst, collaborator, curator or a combination of any or all) can play a pivotal role in determining the success of the product. But also to determine the impact of being the pivot on which the project’s success rests, and equally how to calculate (with photography being so subjective) and teach which images will ‘seduce’ an audience and catalyse social change.

These are massive questions, and this is just a synopsis of the kinds of things I am wrestling with when I think about the ways I can ease the tensions between process and product in socially engaged photographic projects. Particularly those that deliberately set out to be the kinds of visual activism usually associated with documentary photography. It’s daunting and exciting to be working with these huge ideas, but mostly exciting, and I’m looking forward to the challenge of easing the tensions that beset my own working practice, and help to shape the conversation at large.