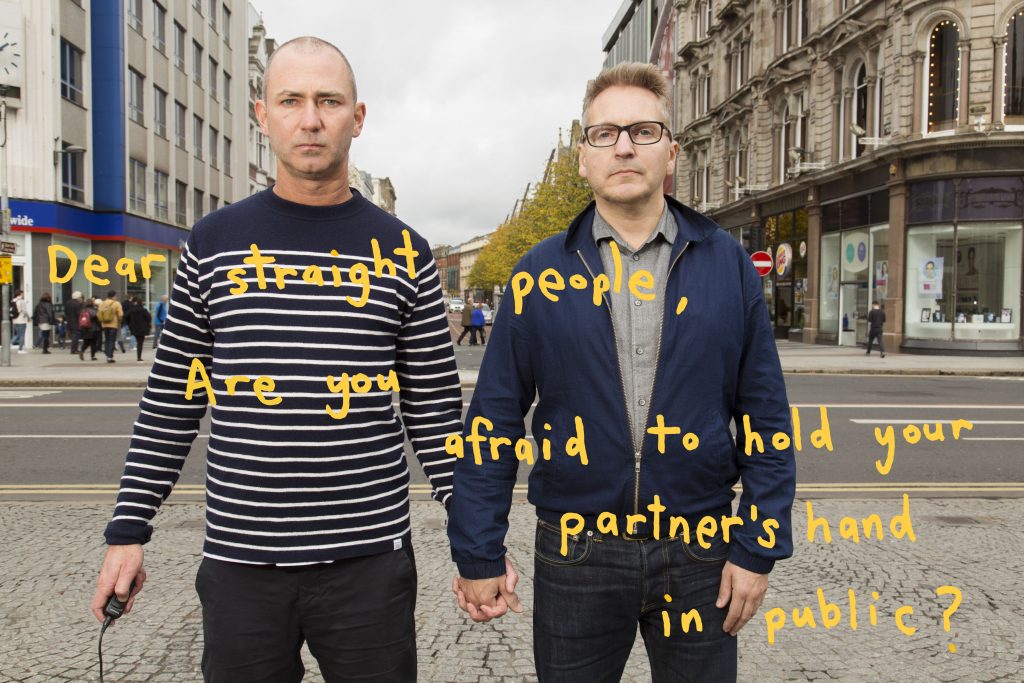 Collaborative Self-Portrait of Anthony Luvera with Tom Pye from Let Us Eat Cake, 2017.

In 2017 the rights of LGBTQ+ people across the United Kingdom may appear to be equal and secure. However, in Northern Ireland today, marriage equality for queer people does not exist as it does elsewhere in the UK or in the Republic of Ireland. Reported homophobic hate crimes have risen year on year for almost a decade, and hate crime against trans people is not even accounted for within the law. Additionally, political activities taking place in Stormont related to LGBTQ+ rights, abortion, HIV and AIDS, and creationism, have contributed to the International Lesbian, Gay, Bisexual, Trans and Intersex Association (a federation of campaigning organisations from 132 countries) to rate NI as the worst place for queer people in the United Kingdom.

Having worked in Belfast for over a decade, observing the contrast in conditions for LGBTQ+ people with the rest of the UK, this situation has always seemed at odds with the way the communities of NI are considered to be engaged in a process of reconciliation and peace-building in the wake of the Troubles. As a gay man, I feel strongly connected to issues affecting the rights and representation of queer individuals and communities, especially the places I live and work in. So, in accepting the invitation by Belfast Exposed to create work for ‘LGBTQ+ Visions of Peace in a Society Emerging from Conflict’, I was keen to use this opportunity to examine what was happening to queer people in NI, and to bring into focus their perspectives and hopes for the future.

Following a forum in March 2017, seven participants came forward to work with me. I invited them to bring personal photographs that spoke about ‘history’ and ‘peace’. We used these images in a story circle to listen to each other’s experiences and begin to get to know one another. Over the following nine months we met regularly in workshops and meetings to research information, exchange views, and create photographs. We explored the Belfast Exposed archive and visited an exhibition at the Ulster Museum about LGBTQ+ activists in NI in the 1970s. We spent time considering a range of issues, including media representation, hate crime, the persistent use of the ‘petition of concern’ by the Democratic Unionist Party to veto marriage equality, restrictions on gay men donating blood, and the Ashers Bakery court case. We charted our discussions about themes such as ‘queer’, representation’, and ‘rights’ on conversation maps, and continued working together through a private Facebook group and our public blog: letuseatcake.blog Through YouTube we researched a range of media and compiled a playlist spanning Ian Paisley’s 1977 ‘Save Ulster From Sodomy’ political campaign, to films made by young queer people discussing issues that directly affect them on #inmyshoes. We created photographs in a black and white darkroom, used digital cameras, and experimented with ways to create images about the issues we feel strongly about. Over time, each participant delved deeper and deeper into exploring a specific theme providing the basis for the creation of their Collaborative Self-Portrait.

To be queer in Northern Ireland is to live in one of the most homophobic places in Western Europe. While public attitudes may be shifting in much more supportive directions,  many LGBTQ+ people are rejected by their families, there is still too much homophobic hate crime, and many queer people face discrimination in their daily lives. Let Us Eat Cake speaks out about the fact that although changes for the better have taken place, much more needs to be done. 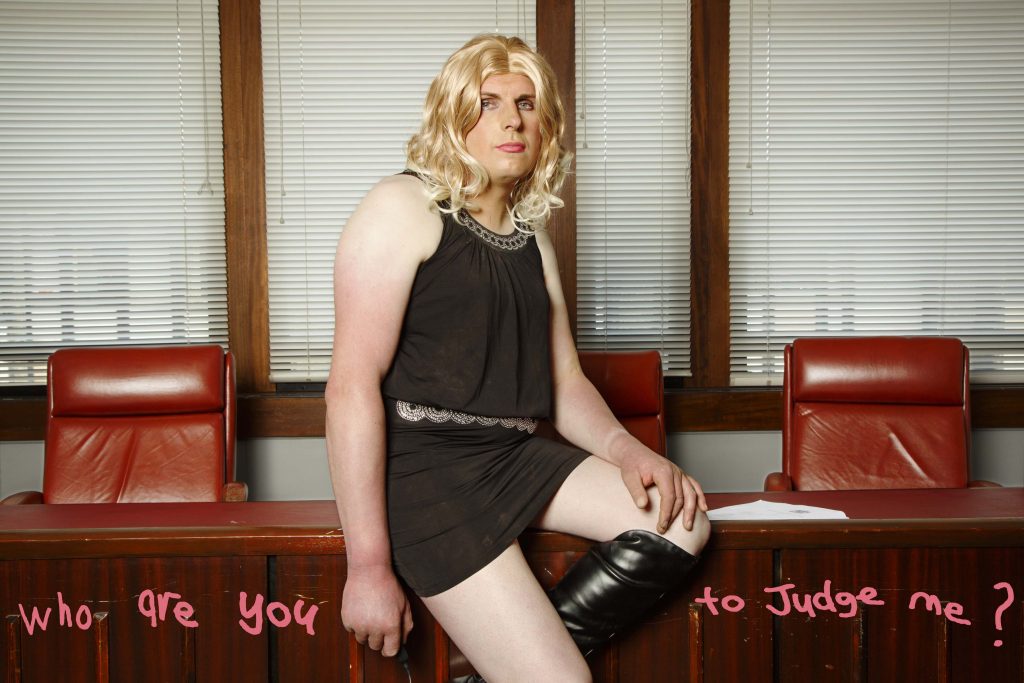 Collaborative Self-Portrait of Sarah Cromie from Let us Eat Cake, 2017. 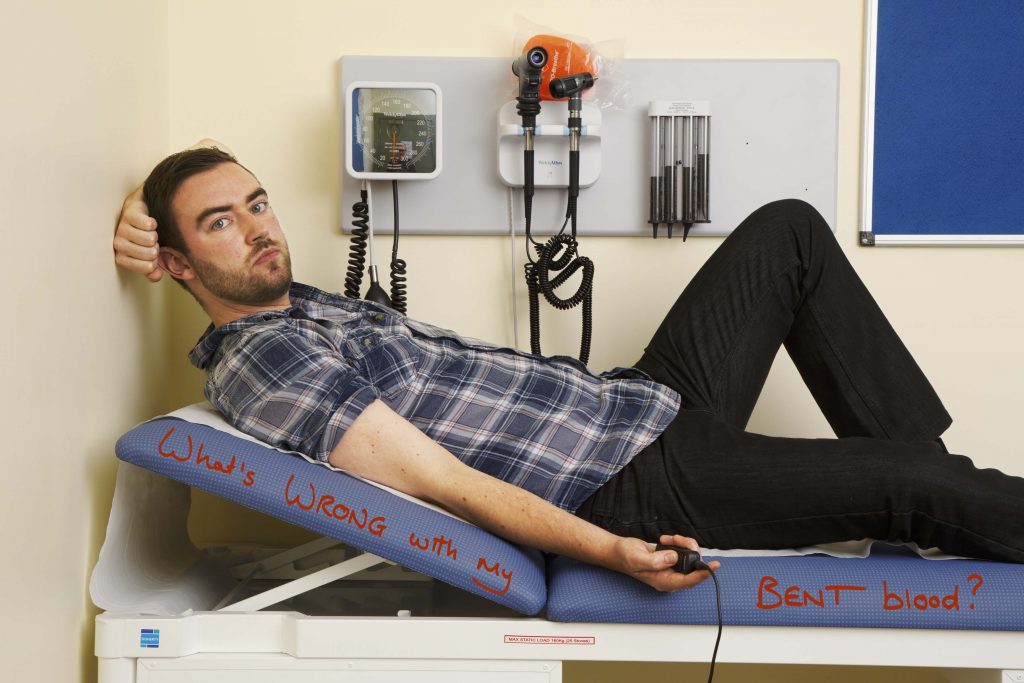 Collaborative Self-Portrait of Chris Finlay from Let us Eat Cake, 2017. 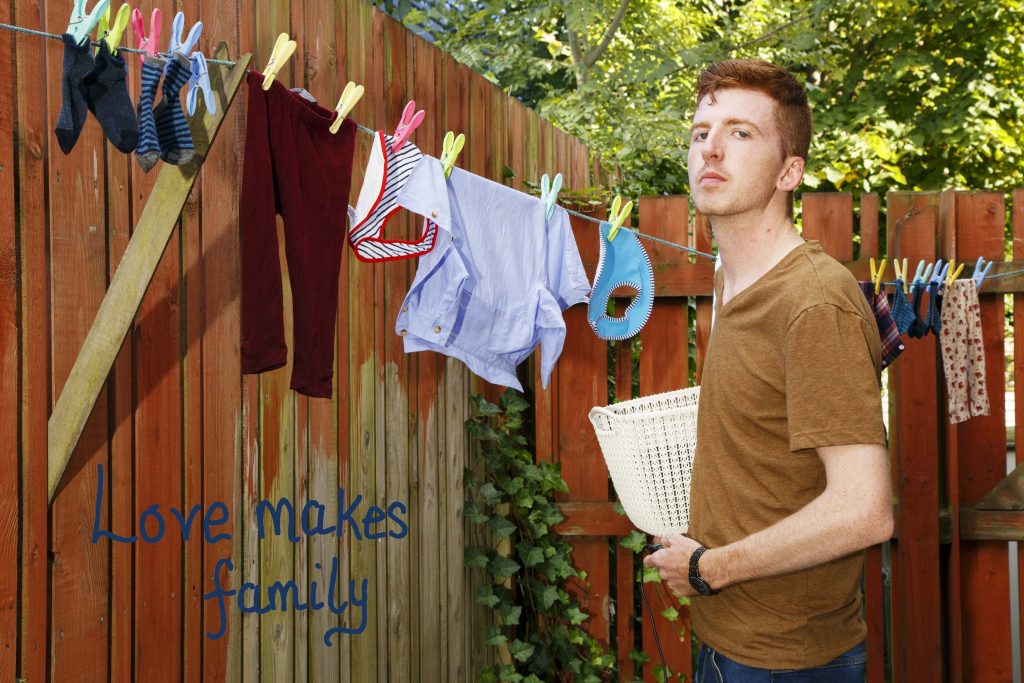 Collaborative Self-Portrait of Ciaran Rafferty from Let us Eat Cake, 2017. 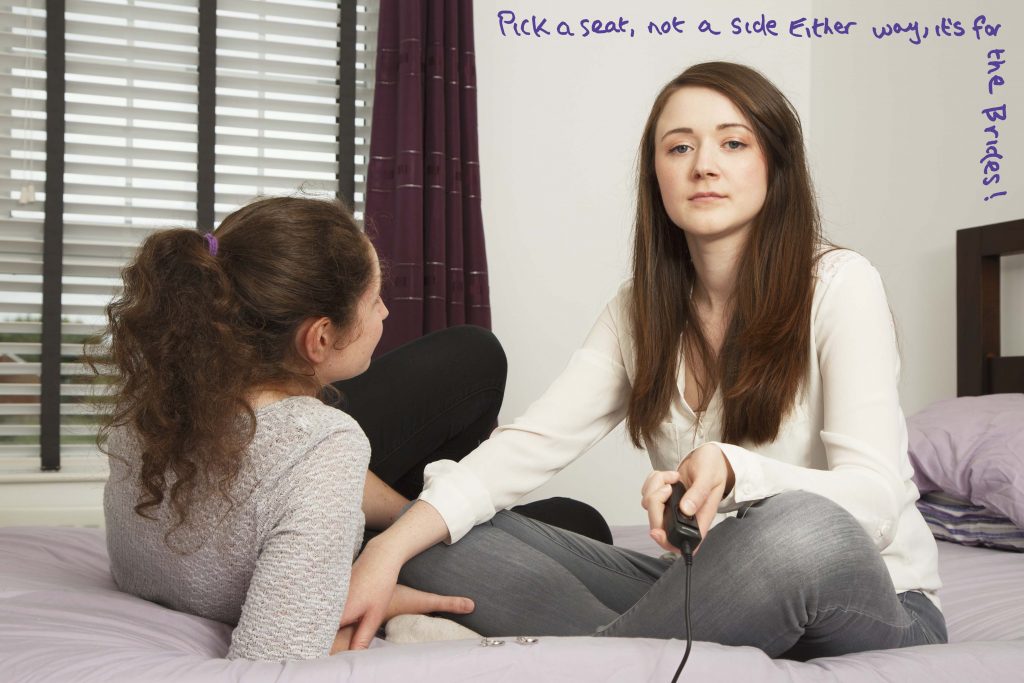 Collaborative Self-Portrait of Natalie McFall from Let us Eat Cake, 2017. 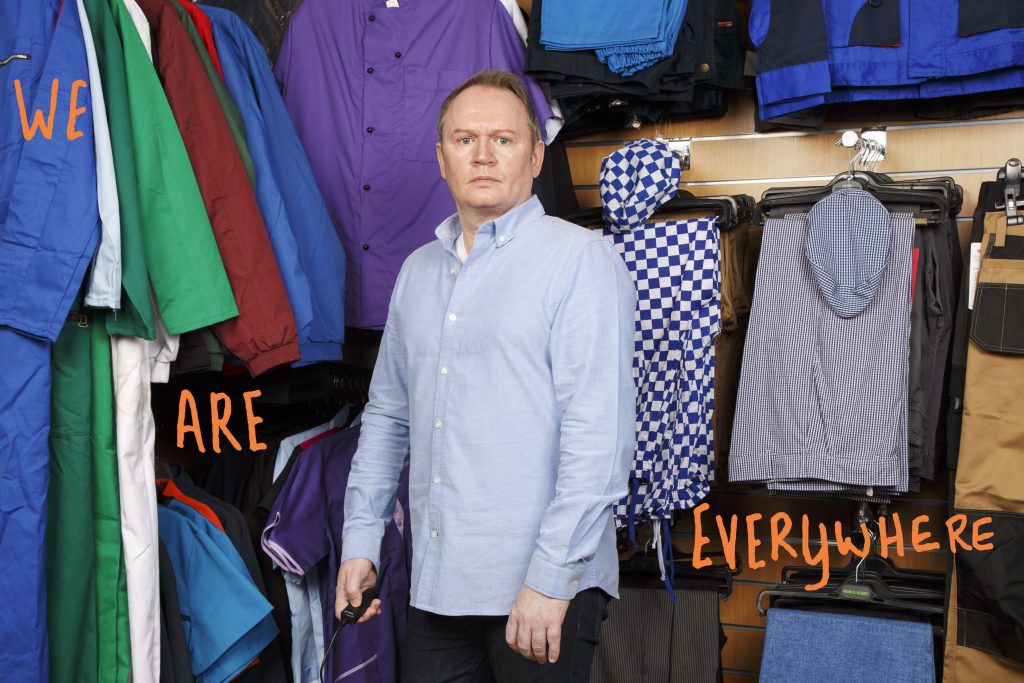 Collaborative Self-Portrait of Paul Campbell from Let us Eat Cake, 2017. 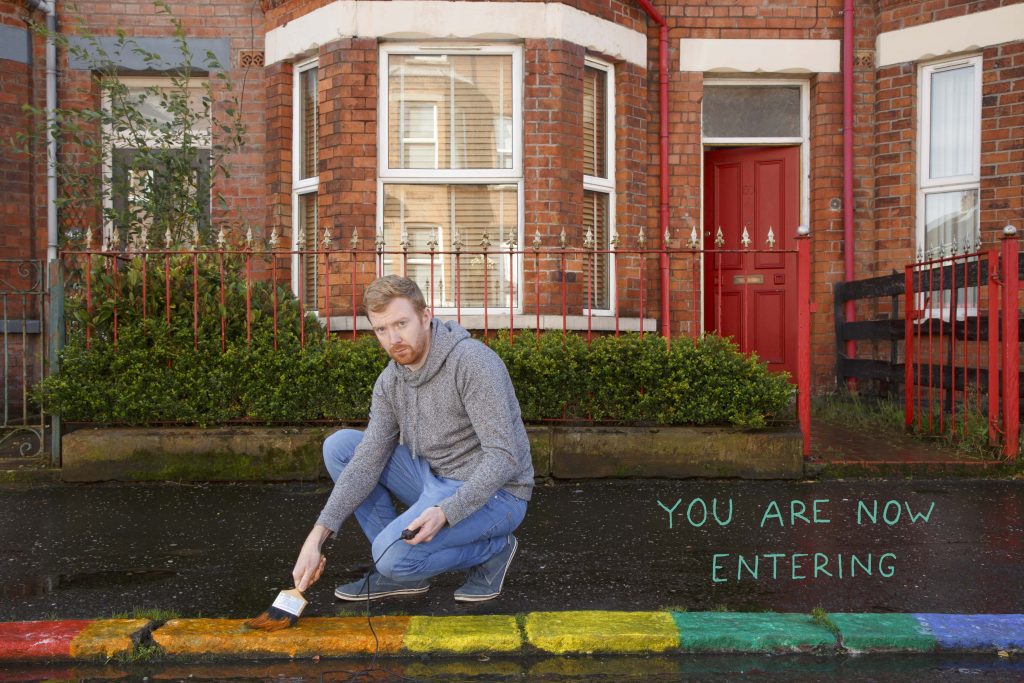 Collaborative Self-Portrait of Raymond Dunn from Let us Eat Cake, 2017.

Belfast Exposed presents Let Us Eat Cake  by Anthony Luvera, an exhibition of photographs created over a nine month period by the artist and LGBTQ+ people living across Northern Ireland. Let Us Eat Cake consists of a new series of Collaborative Self-Portraits, a limited edition publication, and an online blog charting the process of collaboration between Luvera and participants www.letuseatcake.blog

Let Us Eat Cake  celebrates the LGBTQ+ communities of Northern Ireland, calling into question issues of identity, representation and equality.