Aesthetics and our attachment to the image 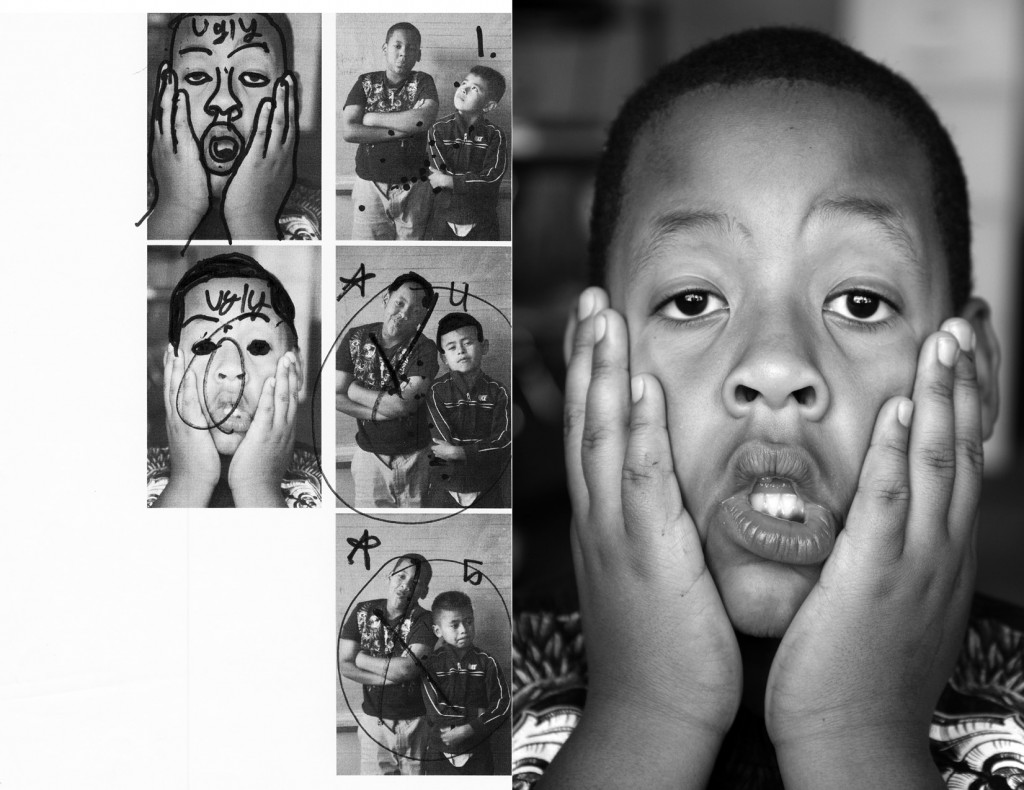 “I think it’s one of those fundamental questions a lot of people talk about in terms of social practice. I don’t know that aesthetics are the end goal of a lot of art.

When you take a look at an artist like Laurie Jo Reynolds who succeeded in shutting down a supermax prison through the tools that she’s learned as an artist and you think about the men who have been removed from solitary confinement, some of them for nine, ten, eleven or fourteen years and all the men who won’t have to go into that supermax prison and be in solitary confinement, that is beauty. That’s absolute beauty, which is different from aesthetics. It has a profound impact on our society.

There are many ways to look at this idea of aesthetics. There is no easy answer to that. It’s a very complex question that requires some very deep, thoughtful responses. But I think it’s a mistake, historically, in modern and contemporary work, to only think about art in terms of formalism or aesthetics. Artists have been proving over and over again, especially through recent decades, that it’s beyond that.” – Anne Pasternak. 1

This thoughtful response from Pasternak, the artistic director at Creative Time, to a question about the role of aesthetics in the genre of social practice, indirectly nods to the sometimes awkward inclusion of photography into the “living as form” 2 art form.

As a photographer though, the photographic image is the key vehicle for the politic central to my projects. Even if collaborative or participatory, and socially-engaged methodologies are the focus of the work. Whereas social practice is inherently about investigating the best-fit-for-purpose, and artists are thus freed from the constraints of a particular form when conceiving, producing and disseminating their work (though of course artists with specific crafts bring their skills to the table in imagining projects). Pasternak herself points that out: “Art is based on great ideas. It’s about whatever form is necessary to convey the idea.” 3

I have been fortunate to work with Julie Ault (a founding member of the artists’ collaborative Group Material 4) over the last couple of months, and in a recent meeting she compelled me to let go of my commitment to the photographic image. Though it wasn’t a prompt to cease being a photographer, she was pushing me to think about why I insist on examining the tensions that face photo-based social practice, when I could just use whatever form suited my purpose better. But the push was also to break free from my own frame to examine the systems within which the image exists.

In her essay Quality Time, Shannon Jackson calls collaborative authorship in social practice “not simply a rejection of aesthetic form, but its own kind of formal experiment.” 5 Reflecting on the photo-based project, Eliza Gregory pointed out in her 2013 essay that “this statement is radical to those who think of art in terms of physical media.” 6 The challenge presented by Ault to let go of the image was confronting. I am, after all, bound to photography not just from the years I have poured into practicing, reflecting on and critically examining it, but because I genuinely believe that images can function as a “humanistic social visual catalyst.” 7

But what has become clear over the last couple of years of my practice is that I have found those project outcomes corollary to the photograph itself the most valuable to myself, and ostensibly to the participants and collaborators too. As Gregory says of her own practice the “micro-level social interactions that went into making the photographs as products that were at least as important as the images themselves”. 8 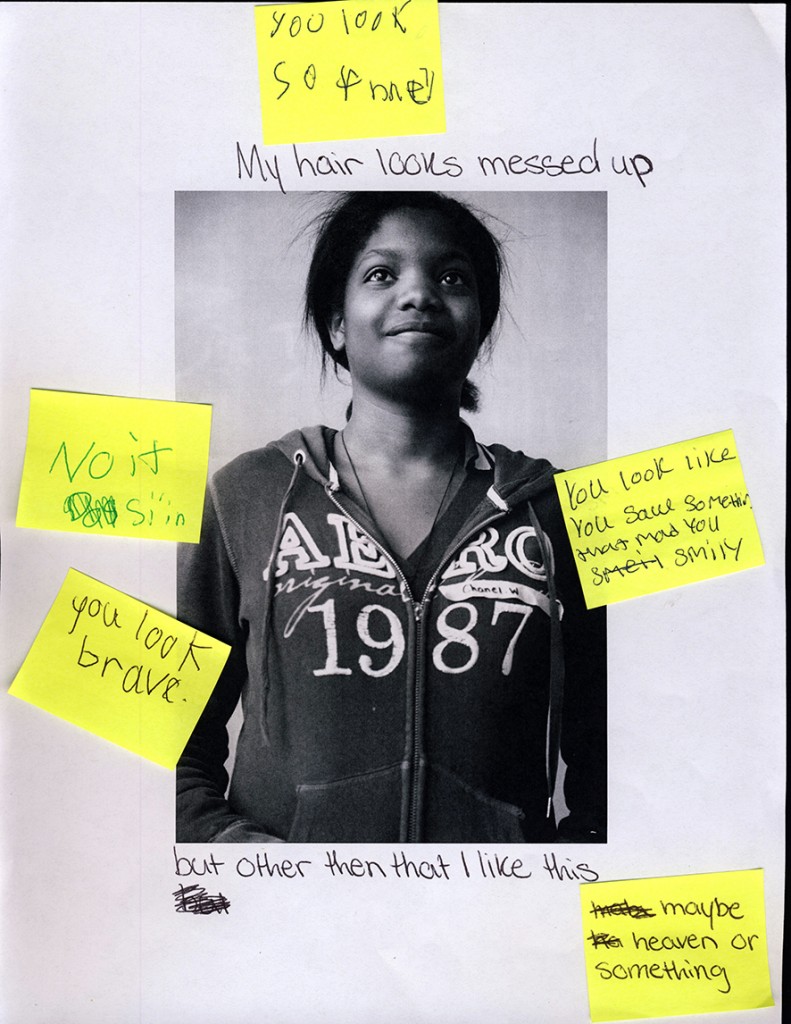 In a recent project, The King School Portrait Project, made during my time as a artist in residence 9 of the Portland State University’s Art and Social Practice Masters program (as part of their two-year long residency with Portland Public Schools) with photographer and PSU graduate student Emily Fitzgerald 10, and group of students from King Elementary School in North East Portland, Oregon, the photographic product acted as kind of a synopsis and catalyst, rather than an end in and of itself. 11 A book and an in-school installation were the result of a long form conversation about identity and representation between myself, Emily and the students who ranged in age from six to fourteen-years-old. All of the photographic images were authored collectively by the group, on two cameras supplied by us, in an attempt to represent our wide-ranging discussions in visual form.

The students responded to all the images, made progressively over two months, by drawing on them, and selecting their favourite representations from proof sheets; marking their choices from the thumbnails. They also responded to their own, and classmates portraits with sticky note comments. And although we made images each time we met, they were formed after we had drawn, written and spoken at length about how we saw ourselves in the world, how other people saw us, and the disparity that sometimes existed between those two points. In this sense the image making was more of a tool of articulation, as well as the catalyst for further reflection and discussion.

Of course it would be disingenuous not to note that Fitzgerald and I were more than partially responsible for the images produced; from establishing the framework of production, the location of the images within the room we worked in, explaining the ways in which light worked for and against portraiture (we had a more elaborate technical curriculum, which was quickly abandoned in favour of the exploration of our personhood). I then designed the work into a book, using a template made by our friend and colleague, designer Molly Sherman 12, without the time to consult with our participants on all of the editorial choices (they saw versions of the edit, but not the final version). Such are the perils of a too-short project duration and deadlines that came too quickly (our installation process suffered this too––causing us to abandon a more complex, visible and permanent installation for a less visible but more manageable one). 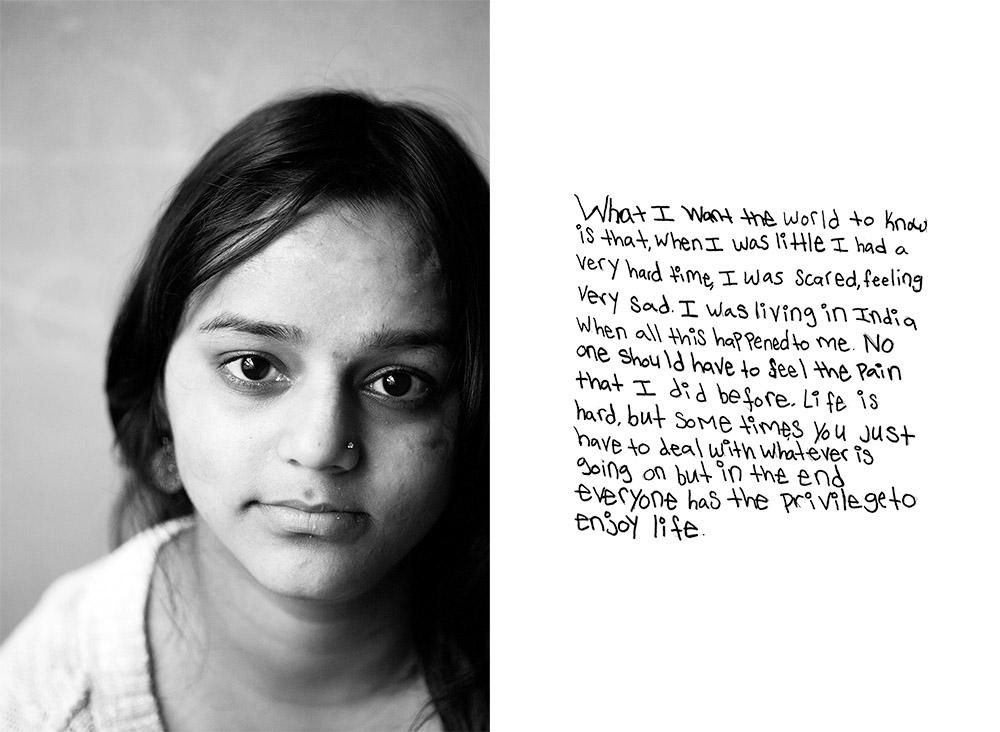 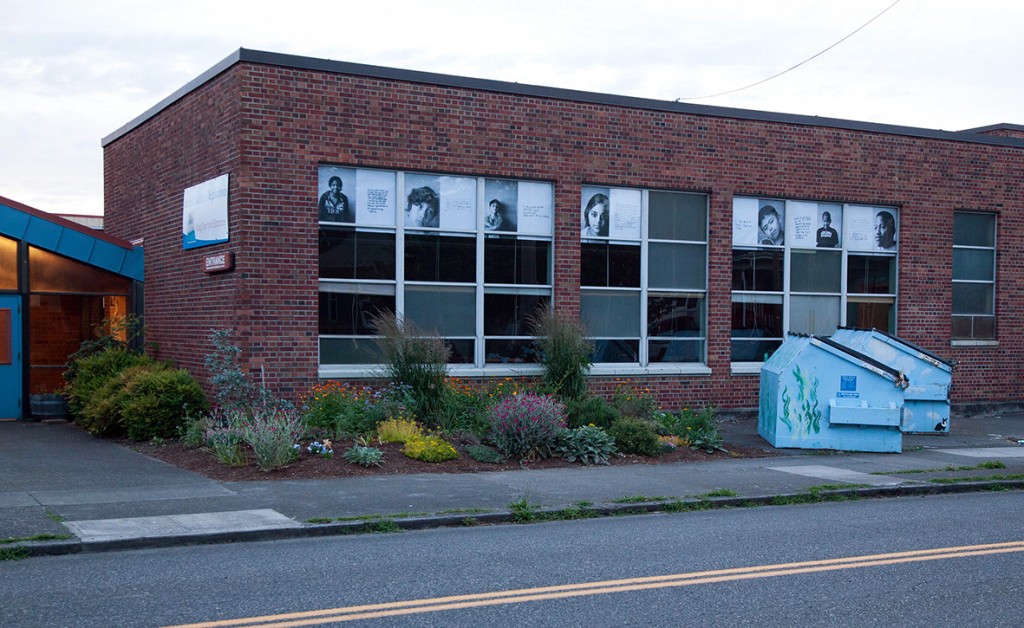 Above: Ashmeena Kipp.
Below: Installation at King Elementary School.

Regardless, it is the project in which I feel (as a catalysing artist) I have come closest to meeting the needs of the primary audience (in this case the elementary students). Of course it is hard to quantify that statement (that it was a voluntary after school program and the kids kept turning up to participate seems trite, but also true), but perhaps for one moment, which stands out as the most compelling. Although I think the images we made are thematically and visually strong, and that we all really enjoyed making them (the pleasure in process is absolutely part of the evaluation of success) the most ‘aesthetically strong’ part of the project was the moment that we (almost unwittingly) bridged the gap between the participants and the consumers of their creation.

The books were published by King School Press (KSP), set up by Sherman and I, to be included in the Shine A Light Book Fair at the Portland Art Museum. The low-fi, but high quality design of the book, with its vibrant orange cover, were set on our display stand in the museum, and sold for the cost-covering sum of $2. And the kids were invited along to be a part of the event. Logistics of transport, parental supervision, and the late night meant that not all the children who participated came to help supervise the booth, but those that did took on the task of telling everyone who stopped about their project. 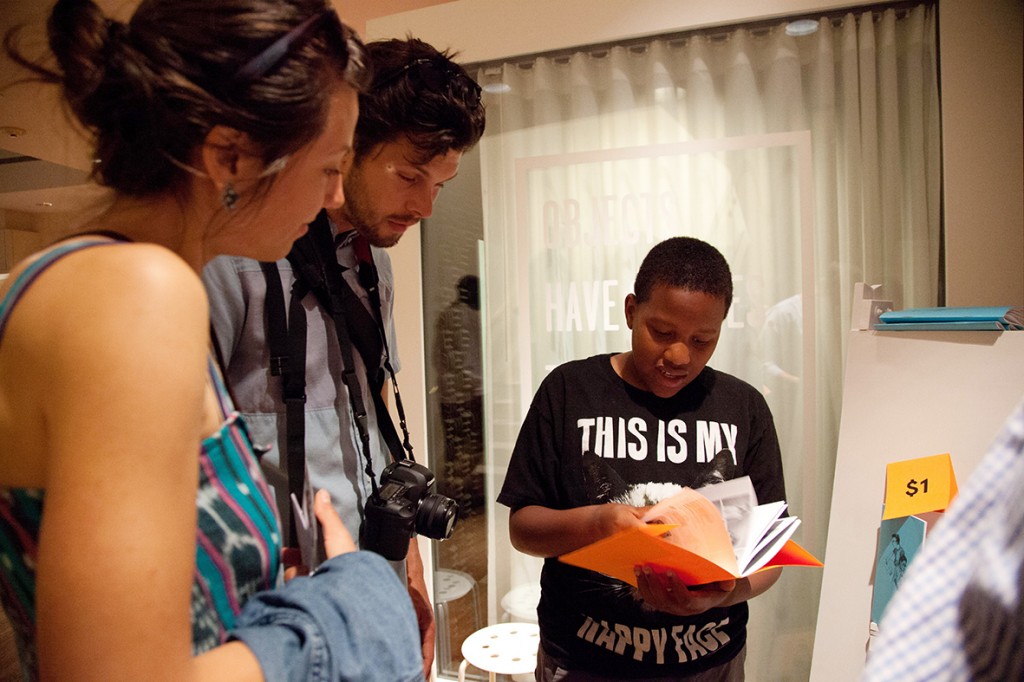 The most fascinating part of these interactions was hearing them explain the project to viewers. The language they used indicated the different ways they had interpreted our framework. Predominantly their speeches focused on the action of taking and selecting the photos, but also the simplicity with which they presented the aims; ‘This is a project about who we are.’ It is hard to articulate how important that moment was to the project, except to say that without it the conceptual integrity would have faltered in ways that would have been visible (if not clear).

Letting go of physical media is a radical idea for photographers, even those trying to incorporate participatory and collaborative elements into their working methodologies. But in seeking to transform the aesthetic values of our practices the idea of incorporating these social interactions deliberately (rather than accidentally) into the work feels like some step toward resolving the tension between the needs of the primary and secondary audience, as well as reframing the image-value of photo-based work.

You can see more of the King School Portrait Project here: gemmarose.com.au/the-king-school-portrait-project