This essay by Stanley Wolukau-Wanambwa looks at how some recent photobooks, featuring African subjects, rehash pejorative tropes. This article first appeared in Issue 17 of the Aperture Photography App. This extract is taken from the Aperture blog. 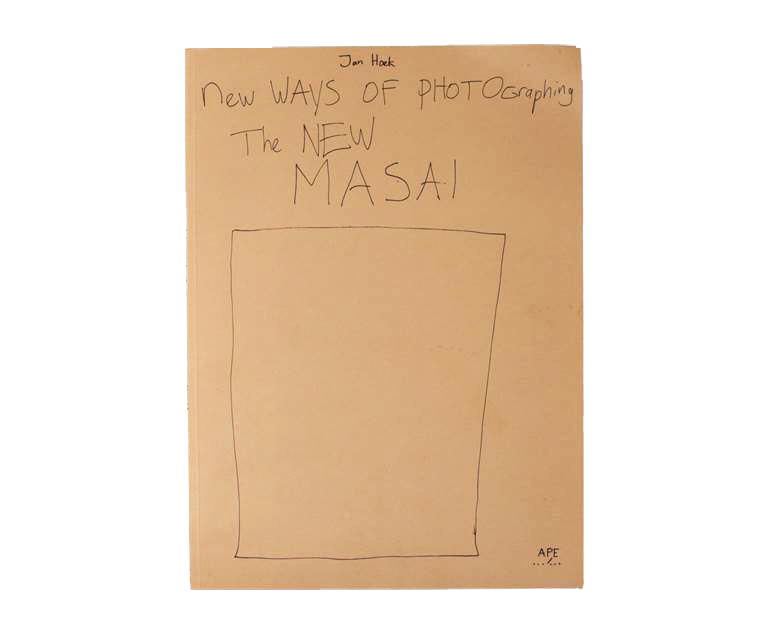 Dutch photographer Jan Hoek’s New Ways of Photographing the New Masai (Art Paper Editions, 2014) has the appearance of a handwritten school notebook. Its spine and cover are adorned with a mishmash of spidery letters that spell out the title in an irregular and child-like script. The book scarcely contains any writing to contextualize the project and define for readers what is meant by “old” versus “new” ways of photographing this traditionally semi-nomadic tribe of Kenyan people, save for a very small image of leaping tribesmen that appears on the book’s first page. That image is uncredited, and appears to be a fairly conventional travel photograph in which the Masai are photographed jumping skyward in traditional red costume while grinning for the lens. Hoek’s website offers some more information:

“The Masais are always photographed the same: jumping in nature while wearing traditional outfits and jewellery. Almost like it is a group of animals. But more and more Masai start to live in towns and buy their first Nikes and put mobile phones in their stretched ears. Together with seven urban Masai I tried to find a new way to photograph the new Masai.”

Hoek’s book contains a series of portraits of seven Masai tribespeople, made according to what we are told are their preferences as to how to be pictured:

We later discover only six are true Masai tribesmen, and that the seventh individual falsified his identity. His portraits are still included but appear struck through with thin black lines, so that his deception is theatrically punished, while the competence of whomever he deceived is left excluded from the record, along with the nature of the relationships and intentions that led Hoek to make this book.

The provenance of these pictures; the very reason for their having been made at all; the manner of their making; the nature of the “collaborative” relationship with the photographer; the necessity that Westerners see Masai tribesmen according to Hoek’s “new way”—none of these crucial but unstated questions—are deemed worthy of an answer. Hoek’s “New Masai” are left as protagonists and independent actors, reaching out to us (apparently) at their own behest, and ostensibly in the manner of their own choosing. The specific hopes, desires, and experiences of seven people are reduced to an itemized list that continually restates their desire not to be forced to strip naked for the delectation of a Western lens. In this way, these individuals are imagined within the confines of their role as objects for visual representation. Their lives as people are pared back to the narrow parameters of how they choose to live as images.

These seven people are left to respond to the unstated prerogatives of an artist whose virtual silence within the written content of the book confers on them responsibility for their unskilled appearance. (my emphasis*) They are rendered in poorly lit, poorly exposed, technically mediocre images, which only succeed in demonstrating their inexpert grasp of new technology. The only choices declared in the book are those of the individuals who are the subjects of images credited to Hoek as the photographer. Thus, in “addressing us” through a premise constructed so that Hoek might show his new way of seeing black bodies, these individuals take up the centuries-old mantle of the colonial subject responding to white Western preoccupations. And as in so much orientalist imagery, their bodies exist purely to serve. 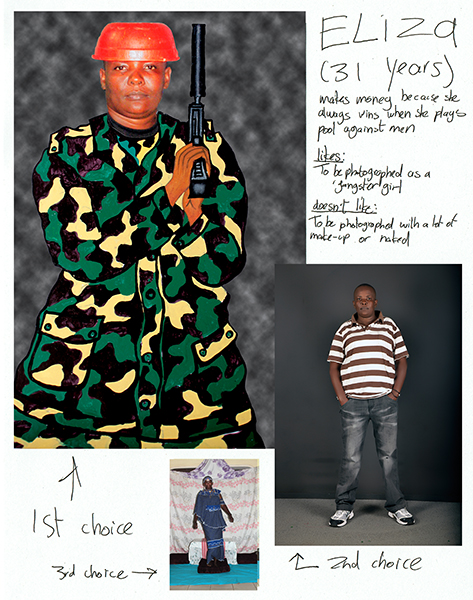 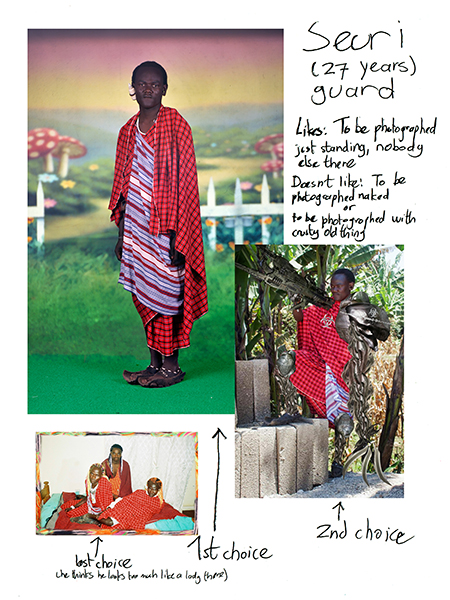 “We would do well to question the contextualization of race in such photographic work, so that we might more clearly see the white skin lurking beneath its black masks.” – Stanley Wolukau-Wanambwa

With this essay closing quote from Wolukau-Wanambwa resonating, I see Jan Hoek as an interesting photographer, who is clearly experimenting with alternative structures of visual language across many of his photo series, but I’m not sold on this project. I haven’t articulated a fully-formed response to it yet, but I am pressed to think about what it means to provide a platform in which you try to facilitate participants (Masai or otherwise) visual self-representation, but don’t assist in providing support for a more sophisticated language or any context. Does the use of this kind of rudimentary, vernacular language support the goal of self possession and representation, or does it actually undermine it? Would having used a different model of collaboration worked better here (ie. self representation in the same/similar language used for overused tropes of Masai representation)?

While I think about those questions (and more) you can see images from the project on Hoek’s website.