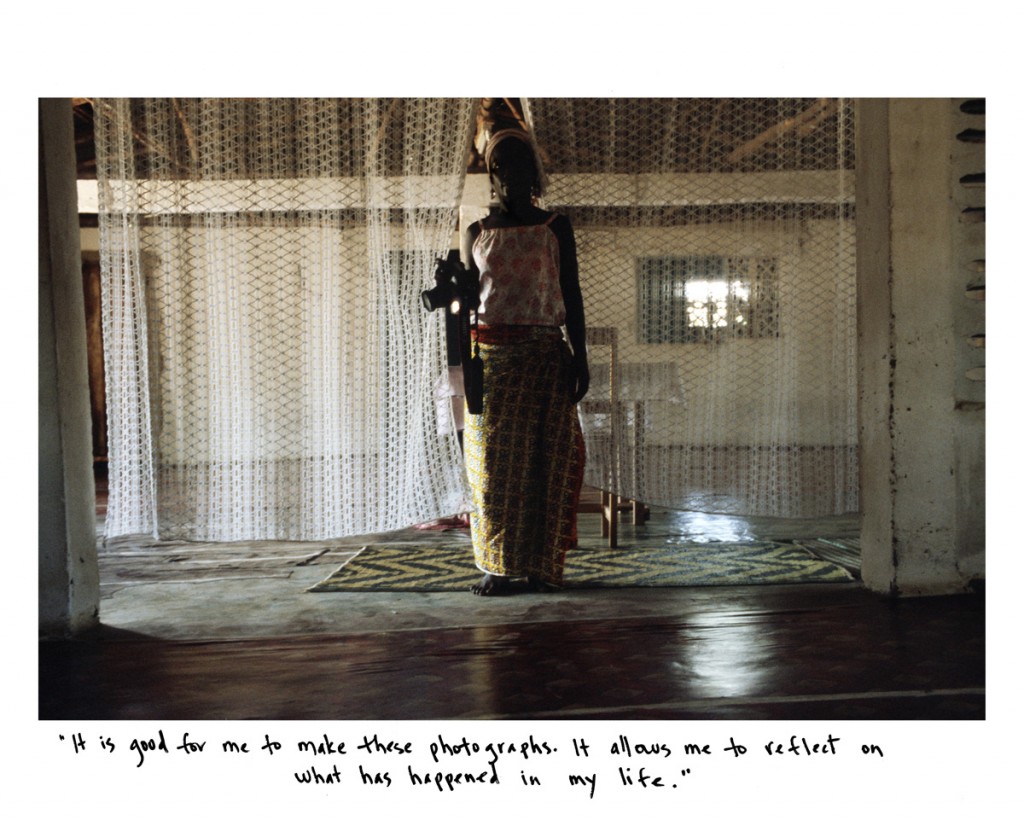 I met Mariam (not her real name), an ex-child soldier, in Sierra Leone in June 2007, early in my work on “Forgiveness and Conflict.” Because Mariam’s privacy needed to be protected for legal reasons, I needed to find a way to tell her story without showing her face. She had asked me to teach her how to use a camera – and I realized this was a perfect solution, one that would allow us to see Mariam’s world, through her eyes, without seeing her face. What I didn’t expect was that Mariam would choose to use the camera as a metaphorical tool, a way of telling the story of her life in the bush through photos taken in the village where she now lives. She took photos of her life, and I took photos of her. The words that accompany the photos are her own, taken from my interviews with her and also from the comments that she made about the photos she took and chose for this essay. 1 2

Mariam X is the pseudonym of a former child soldier from Sierra Leone who was abducted by the Revolutionary United Front (RUF) at the age of eleven. Before escaping the RUF nearly a decade later, Mariam had been made the “wife” of a rebel commander, bore him a child, and was forced to commit random executions or risk losing her own life at the hands of her “enslaver.”

“In My Life: the story of an Ex-Girl Soldier” 3 is a collaboration between Mariam X and documentarian Sara Terry, born out of Mariam’s struggle with forgiving herself for the atrocities she committed as a younger person. The series includes vivid colour images made by both women, each presented with captions hand written by Sara, the words taken from interviews she conducted with Mariam.

Essayist Sue Brisk charaterizes their dynamic this way: “the bond between Sara Terry and her subject is symbiotic. In Sara Terry’s photographs Mariam can see herself and find the safety to rediscover her past. The images taken by Mariam herself look innocent, as though she is playing with a small camera on a class trip or snapping Polaroids for the family album. The simplicity of her imagery, however, is in stark contrast to the handwritten text describing Miriam’s nightmare. Viewers quickly absorb her experience, through the simple imagery and the simple comments, because Miriam speaks a simple truth.” 4 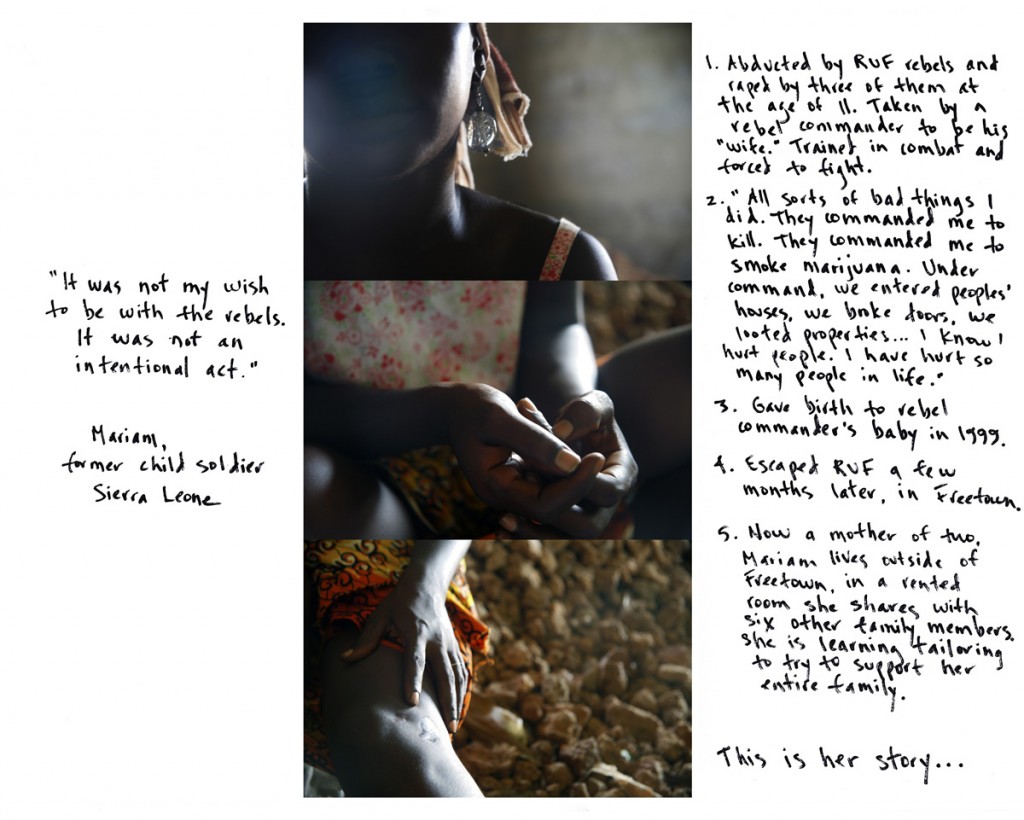 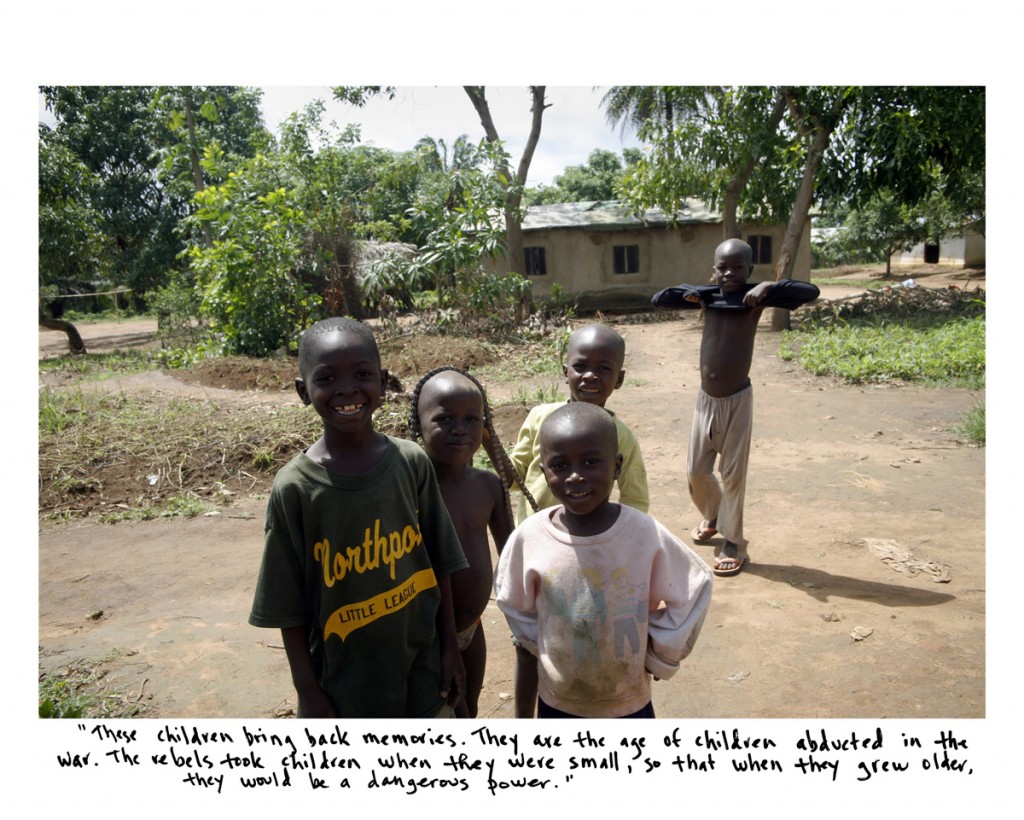 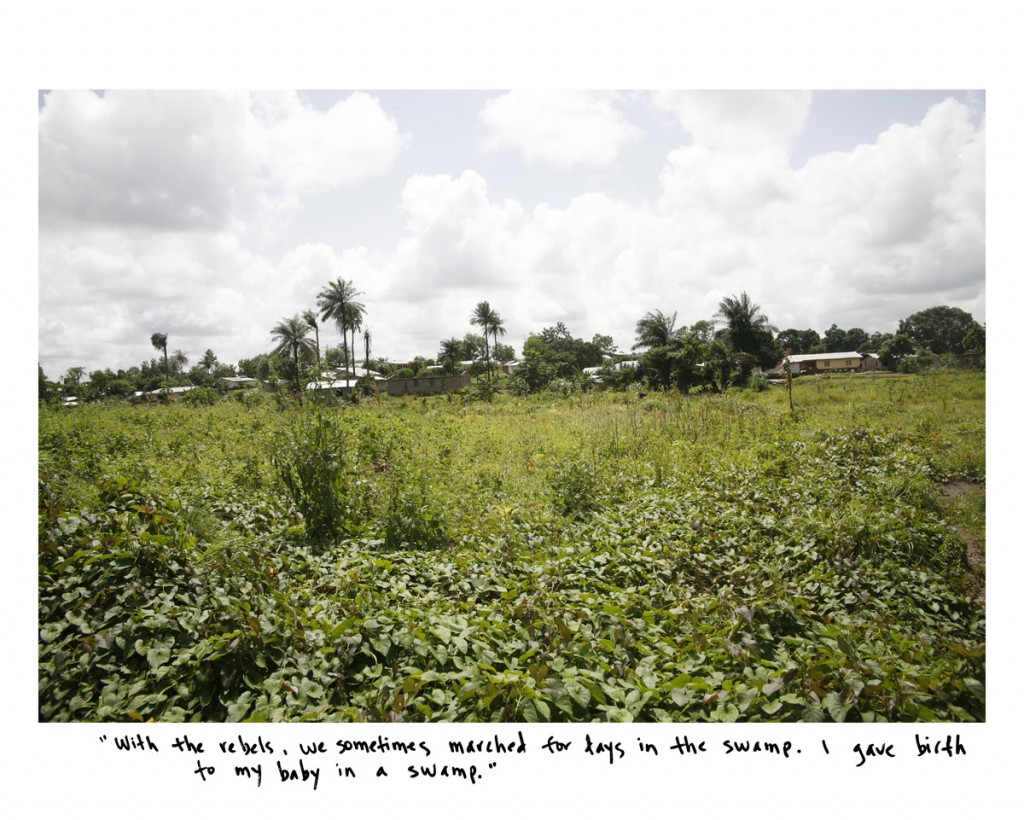 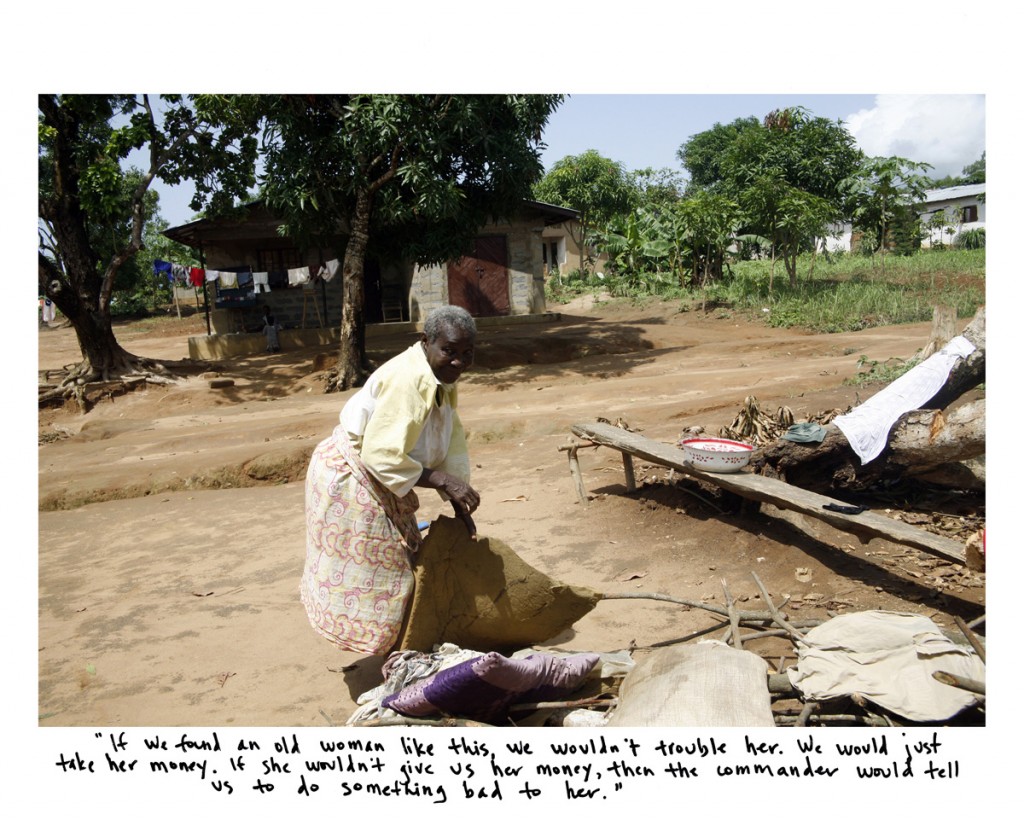 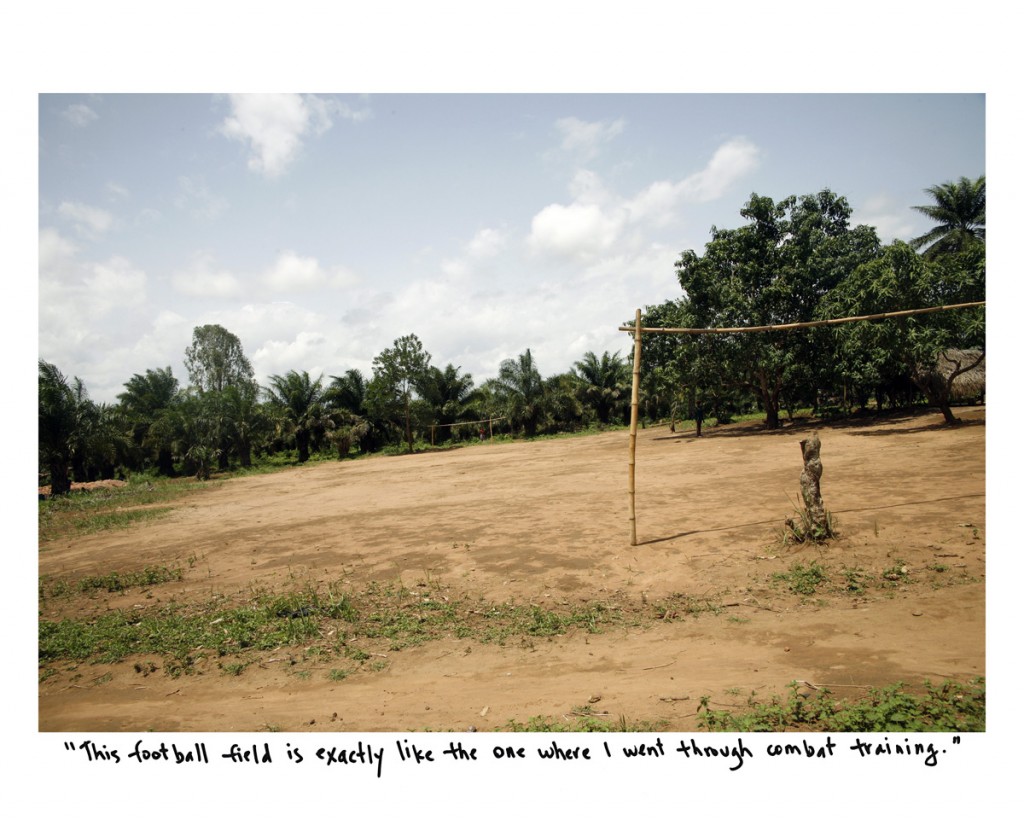 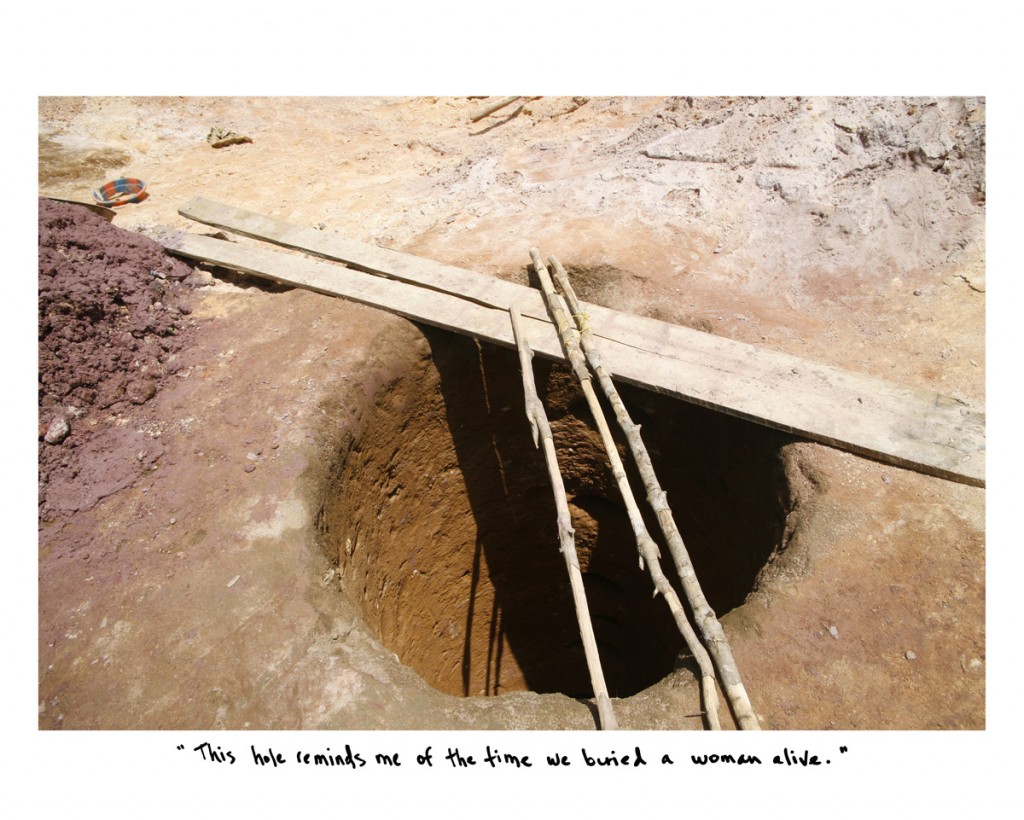