Winds of Change: A collaborative project by Tony Mallon and the Women of Northwood’s Golden Years group.

As part of the current Culture Shifts programme led by Open Eye Gallery, (which I manage, in the role of Creative Producer), I wanted to delve into more detail about the methodologies employed by photographic artist Tony Mallon.

Mallon, a Liverpool (UK) based photographic artist, has a strong history of working in participatory photography settings including a long term project with homeless charity Crisis, delivering photography workshops to homeless communities (or those at considered at risk) to enable skill development, confidence and creating a tool for self creative expression.

For the Culture Shifts programme, Mallon was invited to collaborate with a group of older women from the Northwood Golden Year’s group. Northwood is an area of Kirkby, in the Knowsley borough of Merseyside. The project acted as a welcome return home for the photographer, who grew up in the very same are the women are based.

Mallon’s role was to encourage the women to discuss the things that mattered to them about their area and community and use photography as a tool for them to co-author and create their story to share with the wider public. Partnered with local cultural venue, Kirkby Gallery, the project would result as a public exhibition, and will open on 14th September 2017.

On the surface the women appear to go about their weekly routine as one might imagine of a “Golden Years” group––tea and coffee catch ups, afternoon games of bingo and the occasional knitting––but behind this social recreation is a pulsing energy of local community activism. The women don’t only attend the weekly social events, but in fact run them, saving the local Norwood community centre from its closure by voluntarily staffing, promoting and populating the space with activity for the wider community.

The women strive to breakdown stereotypes of being older residents, despite age, health, and mobility. These women, some of whom have lived in Kirkby for over 50 years, moved to the area on the promise of fresh air, outdoor space and a cleaner, better life away from the Liverpool city “slums.” Decade after decade, however, the women witnessed the arrival and subsequent closure of factories and industrial sites, which resulted the dispersion of families and communities, dramatically affecting the local landscape. One of the women, Dolly, spent the last few years photographing the pollution that came from the large factory chimney, a view from the gap between two houses in her back garden, but often unseen to the masses. 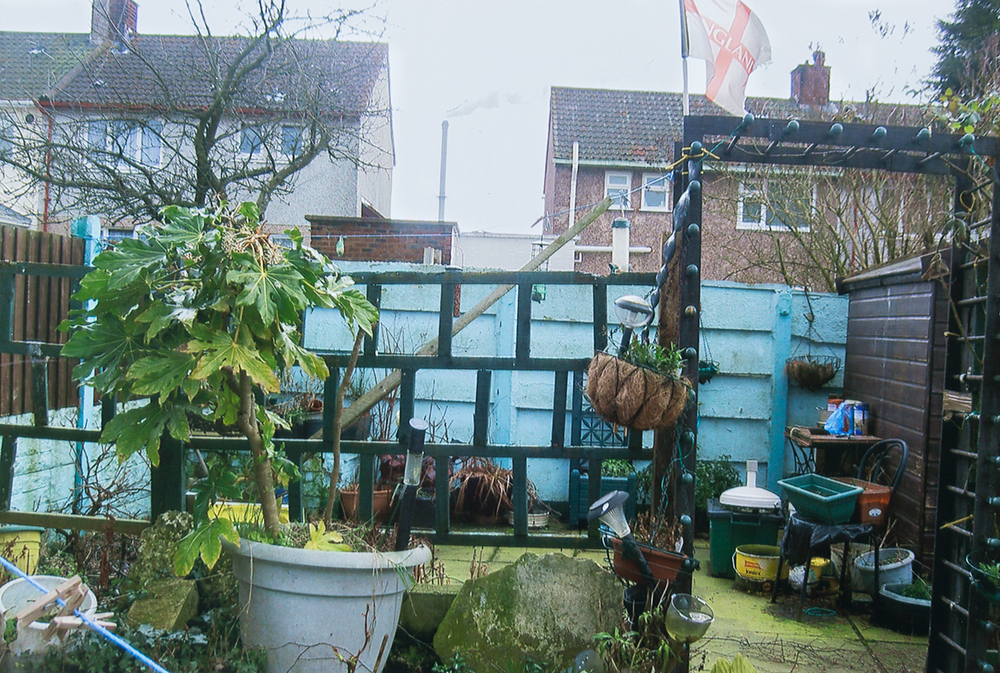 © Dolly from Winds of Change by Tony Mallon and the Women of Northwood’s Golden Years group, 2017

The Project and Mallon’s Methodology

Winds of Change is formed of three distinct but interlinked methods of working with photography. Collectively they represent a comprehensive photo story of Kirkby throughout the years, through the eyes of the women that live there.

Firstly the women were introduced to Mallon’s practice, examples of his own previous works and communities or individuals he had previously worked with. Mallon did not use these to lead the women to work in the same way as he had traditionally, but to give overview and insight into the potential ways of developing their own project.

The women were then invited to bring in their own images of the area, or of things that were important to them, to discuss why the images told a meaningful story (Mallon did the same). From these conversations and sharing of images, it became clear that there was a need to incorporate the layers of history and stories the women shared about Northwood into the overall body of final work. A number of weeks were spent discussing existing images, critiquing their content and composition before a camera was even brought out in a session.

On Mallon’s part this was a useful method of building confidence with the women on their own understanding and language around photography before they started to make their own work. Often practitioners can feel the need to immediately start making images or other physical outcomes within a participatory setting, in order to keep up momentum––it was clear to Mallon that the storytelling really needed to come first.

From this, the women worked with Mallon and project partners Kirkby Gallery to respond and weave in archival images of the area that they felt might work in the final exhibition. Kirkby has a long-standing history to hosting factory sites, and it was these various factories, which have in many ways dictated how Kirkby, and in particular Northwood, exists today. 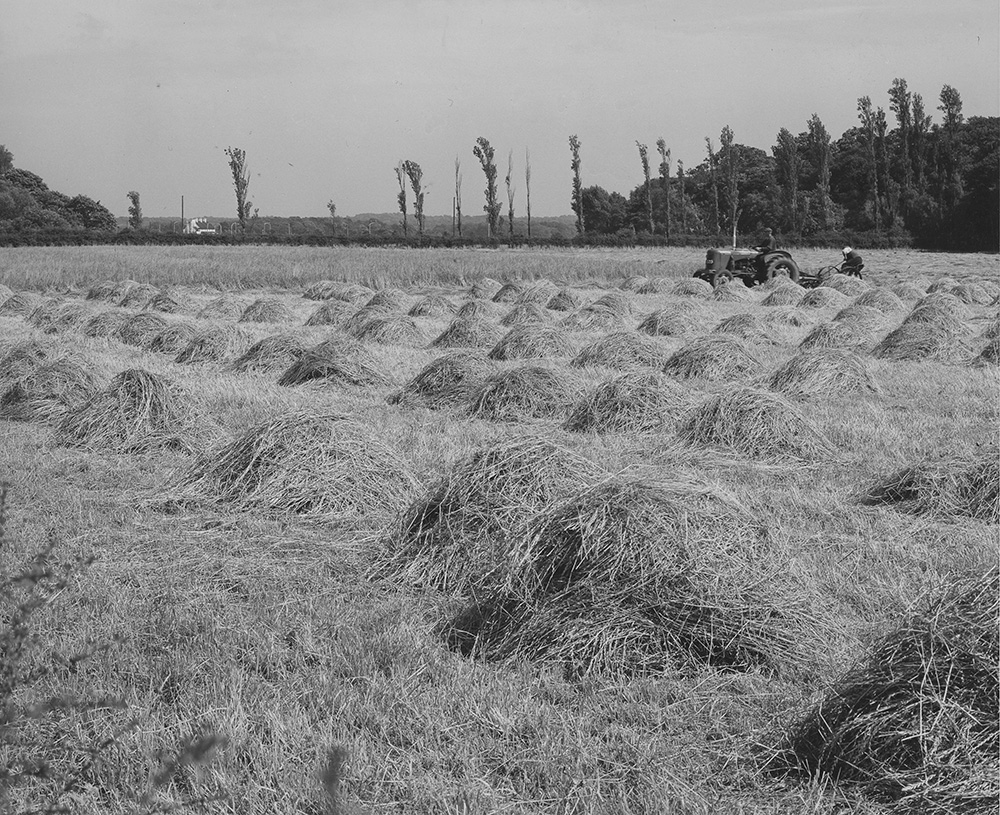 © Prescot Museum, from Winds of Change, by Tony Mallon and the Women of Northwood’s Golden Years group

These sites include the Kirkby Royal Ordnance Factory (ROF) where 10% of UK munitions were produced during the war, and stories of separated families through the closure of the Birdseye factory, to the ill-fated Sonae factory where a fire ultimately closed the site completely. The archival images often portray highly staged images of women workers on site looking content in their factory settings, an example of where the photographic image can often be a misleading representation of the reality––and one the women were interested to further explore and expose. 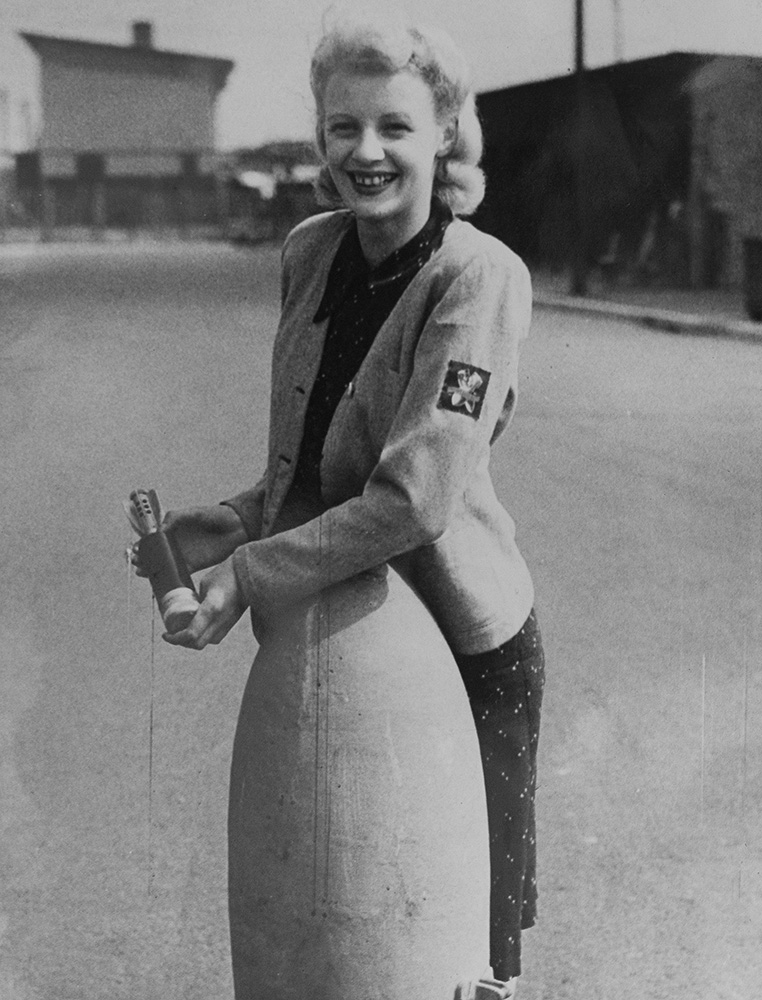 © Prescot Museum, from Winds of Change, by Tony Mallon and the Women of Northwood’s Golden Years group 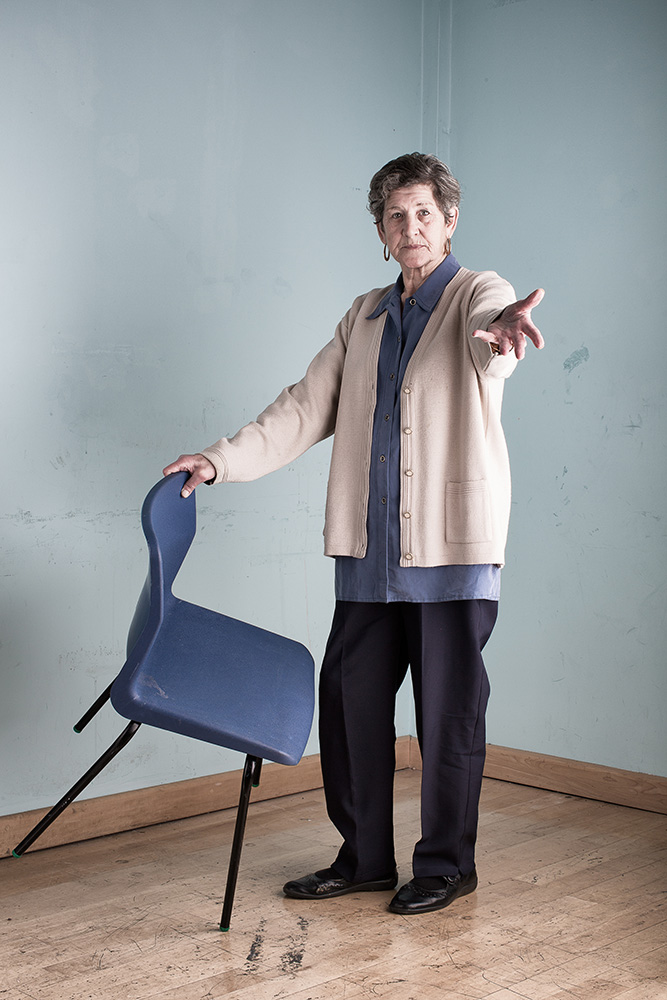 The women, armed with a new sense of knowledge and photographic thinking, worked with Mallon to document images which focused on the their current community base, the Northwood Community Centre. The images were co-authored in terms of content, and co-created in terms of capturing the actual images, including all the creative and social events that bring them together. In this sense Mallon became the facilitator, rather than the main photographer, letting go of the control of the camera but confident in the skills the women had acquired through the earlier stages of the project. A series of collaborative editing sessions also took place, working through hundreds of similar shots to consider form, composition and emotion present in each image.

Finally referencing the self-motivated activist documentary shots that Dolly and the other women took of the factories’ effects on the Northwood landscape, Mallon and the women wanted to capture images of the barren landscapes that remain today. These empty landscapes sit in stark contrast to the hustle and bustle of the archival images and community centre portraits of the women in action. They remind us of what once was, and what through the activism of these women could yet be. 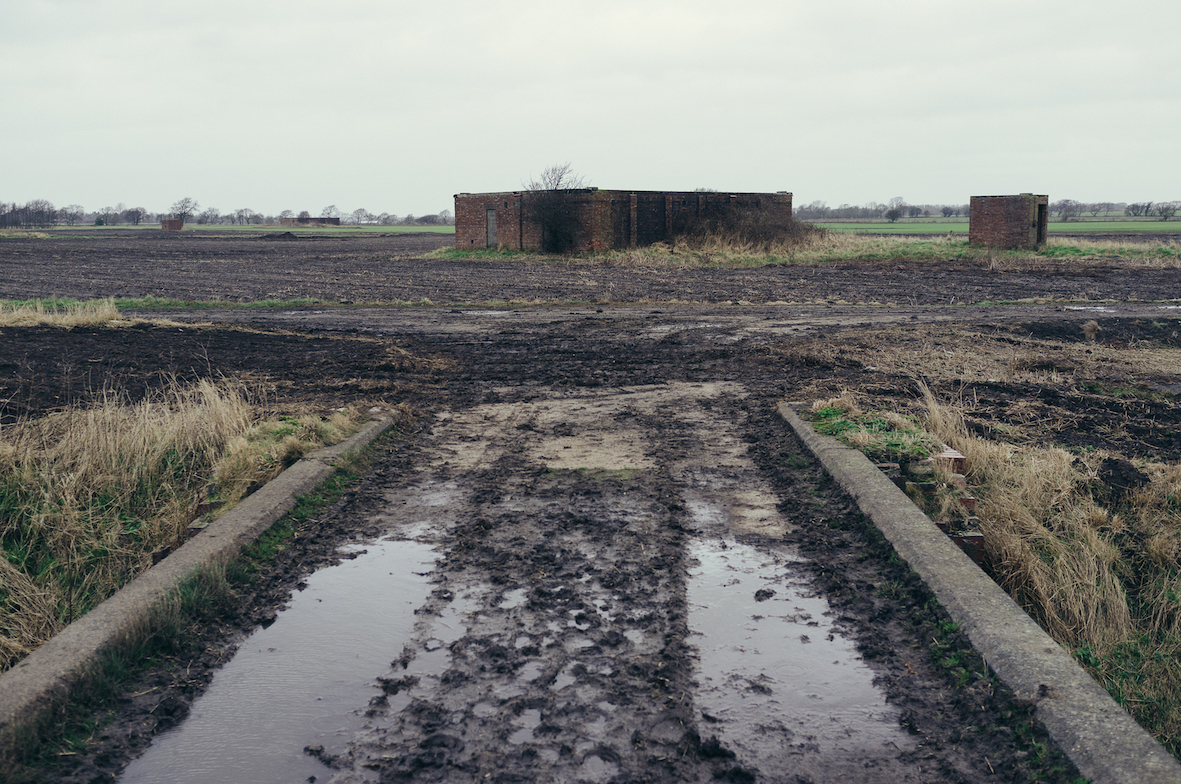 The project also involved working with a local resident Jay Brooks, who has a wealth of knowledge on Kirkby’s history and kindly shared his insight with the group, and Pauline Rowe Open Eye Gallery’s first writer-in-residence, who worked with the women and responded to the project with a poem, which has now become part of the final exhibition.

Collectively these strands work together to highlight what matters to the women, their memories, joys and concerns about their local area. Working with Mallon they have had the opportunity to reflect upon Kirkby’s past and share their views about Kirkby now, and its potential future. Mallon took the approach of inviting the women to not only co-author the work but also co-create and co-curate their own story, an approach which seems to reflect the very nature of the women––working together from beginning to end to keep their community strong and sustainable.