Dru Donovan’s interactive restagings of real situations are palpably challenging and painfully relevant, offering a cinematic entrance into human struggle. Using smart visual language, her photographs captivate our attention through imaginations of the all too real. – Jim Goldberg

Earlier this year Dru Donovan collaborated with a group of men from the Fordham section of the Bronx to stage photographs that revisit their previous encounters with the NYPD. In the pictures and text below, which form part of an article appears in  Vice Magazine’s The Photo Issue 2015, the men re-create and describe the scenes of their experiences.

What is absolutely fascinating about this, like with Jennifer Karady’s Soldier Stories, is how the recreation of the action still holds such a vast amount of image-power, as well as feeling like legitimate documentary (I love how documentary is moving further away from the witnessed moment, and more towards an acknowledgment that storytelling is history-making). This collaboration extracts the incident from the heat of the moment, but keeps the spotlight on  the issue by allowing the narrative voice of the co-authors (the men she collaborates with) the space to speak in their own way.

And, unlike Karady’s work, the sense of drama is subtle––a debt to Donovan’s style (don’t get me wrong, I love Karady’s work too). Her minimalist approach works so beautifully to achieve this––there is something extremely powerful and unobtrusive about the staged gestures, simply presented in classically clean black and white visual language, accompanied by participant words (which are not overly embellished either) with a really great title. Positions Taken doesn’t fuss, it doesn’t feel badly acted, and it doesn’t feel like it has been overwrought or overthought. And all of that feels really exciting. 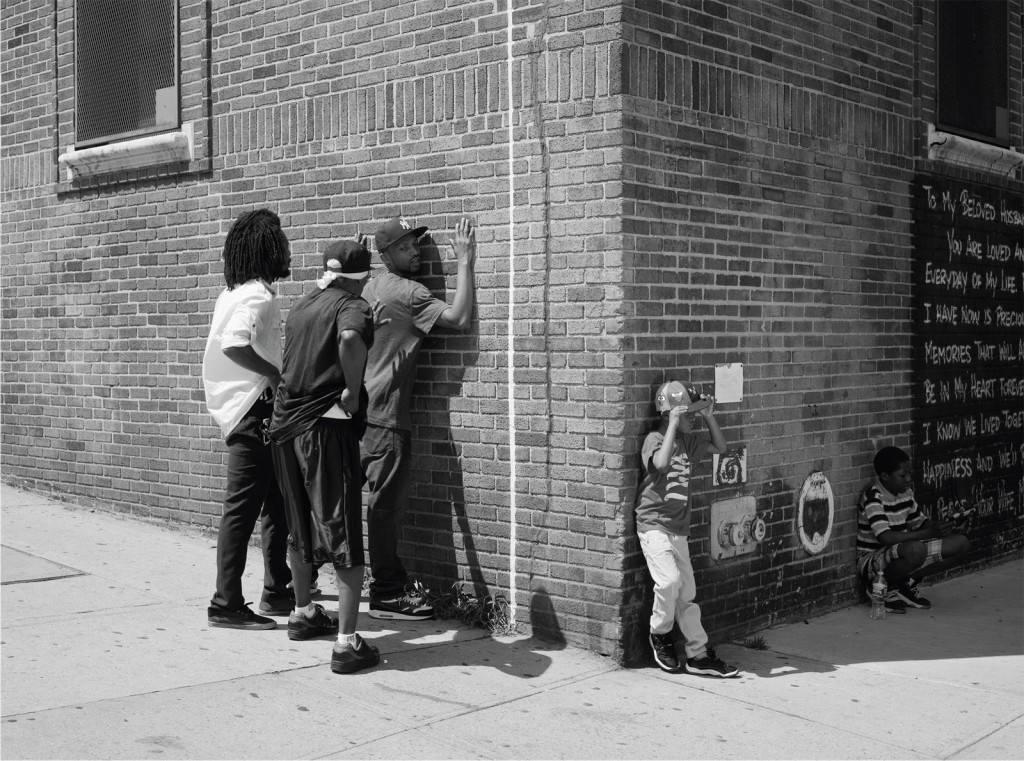 MOHAMED: It was late at night, and I was going out to get milk for my son [pictured, center], who was barely two at the time. A police van followed me from my building, and as soon as I turned the corner, they stopped, and four or five officers got out. When I asked them what the problem was, two of them got their hands on me and put me against the wall. There was one guy giving instructions: “Check the crotch. Spread the legs. Make sure he doesn’t have anything stuck up there.” I felt like it excited them, like they were having fun with it. No matter how much they offended me, I knew I couldn’t defend myself at that point. They grabbed my wallet and saw my student ID, then started scolding me about how it was dangerous to be there. They told me they were trying to protect me from my own neighborhood. I lived right there. How could they protect me from being in my own home? Every time I walk by that corner I remember how I was pushed up against that wall. Standing at that wall to revisit the experience there with my son watching made me think of what he is going to deal with. It makes me want to prepare him better. 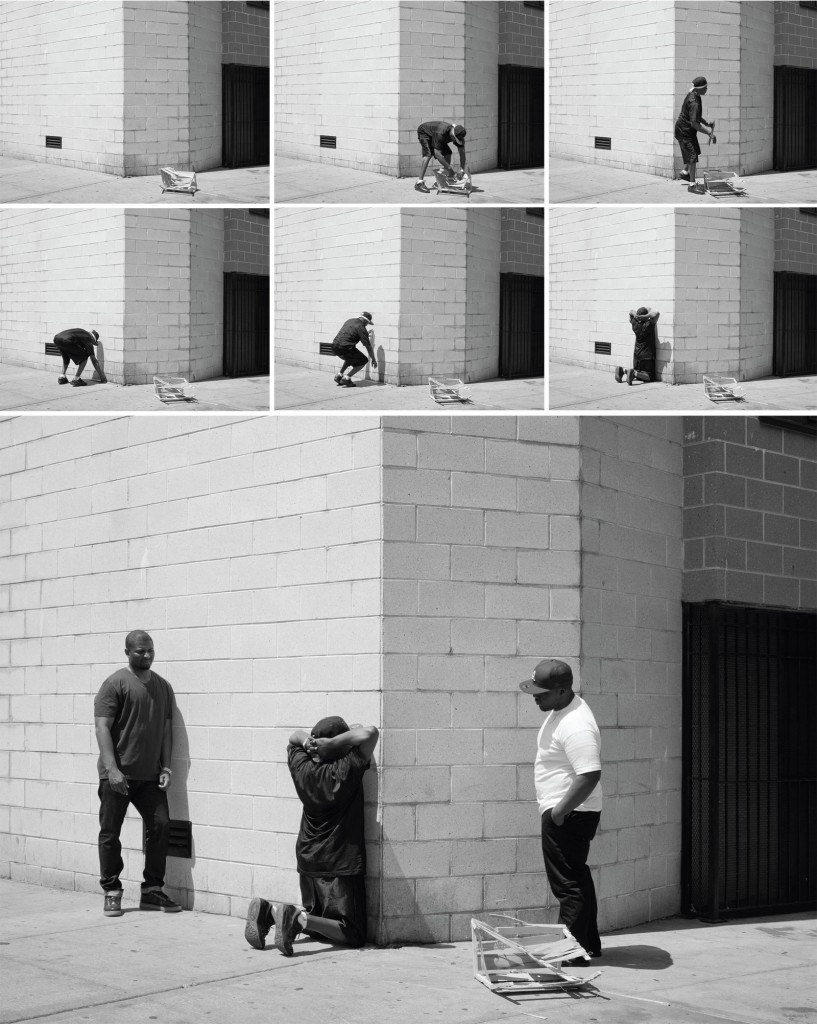 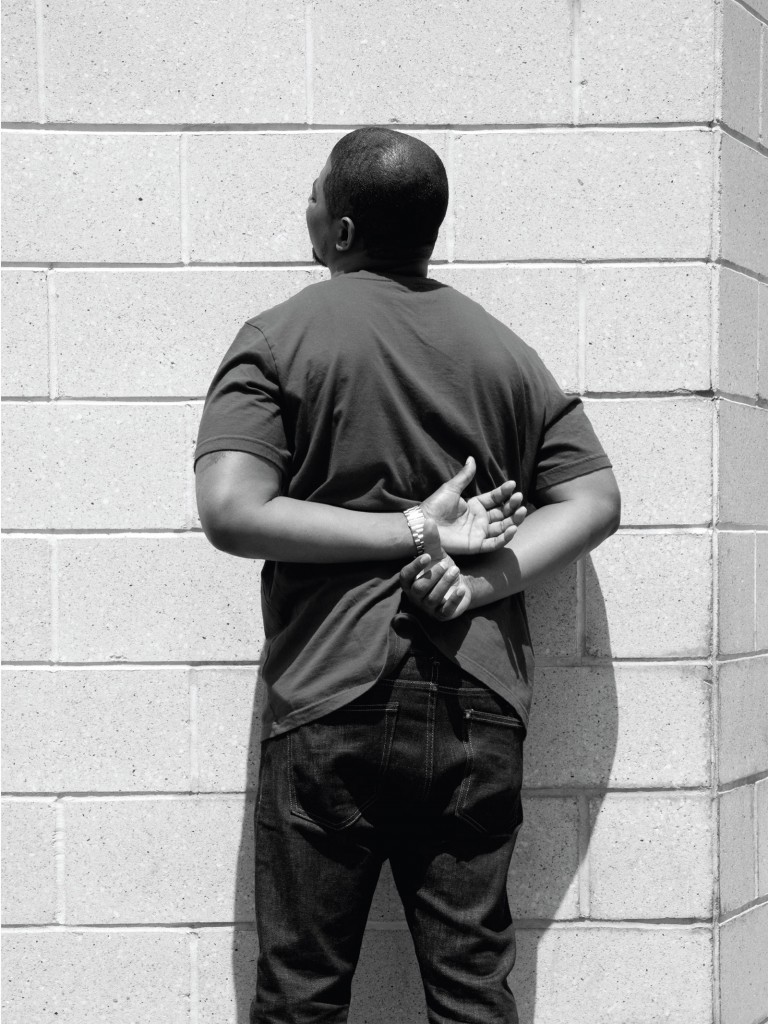 BRANDON: I met up with my probation officer, and he said I had violated probation. At the time, I wanted to make a call because I had gotten driven up to his office by my mother. She had parked right in front of the probation window, but they had a two-way mirror. You can see the outside from the inside, but you can’t see the inside from the outside. I had my phone in my hand. And he told me, “You can’t make a call.” But I wanted to let her know what was going on. So when I tried to make a call, he called for backup. They came in the probation office and threw me against the wall, trying to get my hands. He had one hand touching my upper back and his other hand trying to reach for my phone. He got it and threw it on the floor and grabbed my other hand. They read you your rights, and after that, it’s like you have no control. They’ll put the physical force on you, arrest you, and forget about you. 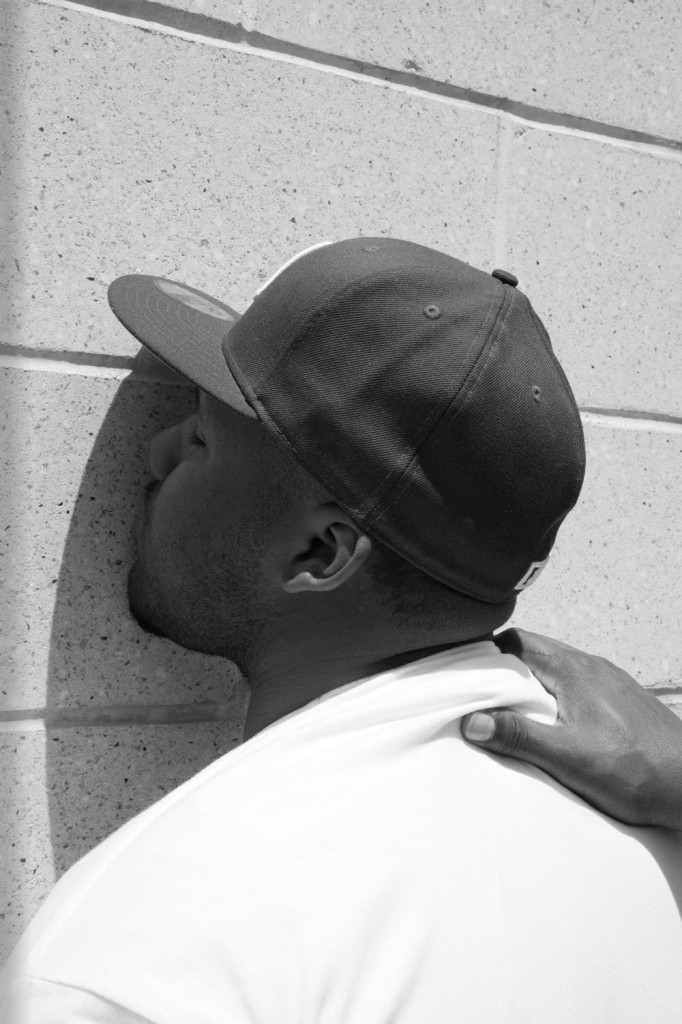 RONNY: I had just moved to New York, and I was driving with a friend back to my apartment. I was new to the area, and I accidentally turned the wrong way down a one-way street. Just as we made the turn, three cruisers pulled up with their guns out. I stopped the car with my hands on the wheel, and the cop yelled out, ‘Hands up! Hands up!’ So I put my hands up. And then somebody else yelled, ‘Put your hands back on the wheel!’ In my mind I was thinking that I could probably die over the stupidest thing, like putting my hands in the wrong place.