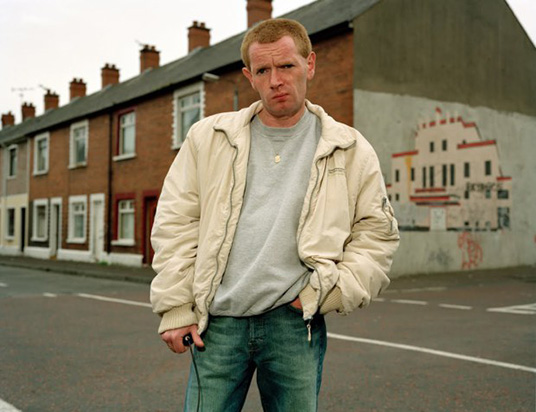 Anthony Luvera is a London-based Australian photographer whose work I have been admiring and analysing about for a while now. I got his book Residency (2006-2011) in the mail last year, and the publication from the large-scale photography project which features assisted self-portraits from a long-term collaboration with people who have experienced homelessness, was a significant prompt for me to look at what these kinds of collaborative and participatory photographic processes mean to photographers and participants alike.

Preceding Residency, his series Photographs and Assisted Self Portraits (2002-2005) explored the tension between authorship (and artistic control), and the ethics involved in making photographs about other people’s lives. He turned the camera over to willing participants after deciding that he was curious about the problems of documentary photography, and the desire to make and look at images of social difference. This pivot in his practice came when he decided to turn down an opportunity to photograph homeless people, preferring to see what they would photograph.[1]

It seems to me that forms of self-representation may go some way to broadening our understanding of individuals whose portraits are depicted primarily through the trace of their brushes with the institutions of commerce, charity, law and the state or in representations produced by social documentarians.[2]

Played out in locations of the participant’s choosing, over repeated sessions, Luvera taught each participant how to use large format camera equipment with a cable release. Each subject is an active participant and co-creator of the image, while Luvera, as the photographer, serves more as a facilitator, tutor and technical advisor. The images produced by participants are themselves relatively bland, Djikstra-esque; solemn, still and simply framed. But the process is clearly exposed in the ‘process shots’––snapshots, on what appears to be a disposable camera, which infer the participants were responsible for the documentation of this more formal process. 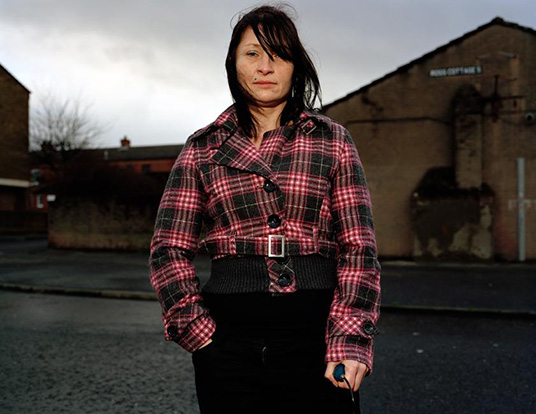 In 2006, after collecting around 10,000 photographs, negatives and ephemera created by over 250 people, he was keen to examine an established photography archive to reflect on some of the practical, theoretical and ethical issues potentially involved in constituting an archive. Over the following five years he took his inquiry to Belfast Exposed Photography and created Residency, with homeless people living in Belfast. Doing so enabled him to develop questions for the collection and its possible transition to a public archive; to reflect on the complexities of potential decisions to be made around the constitution of an archive in relation to representational responsibility, participation and interpretation, and how this might impact on history and memory. 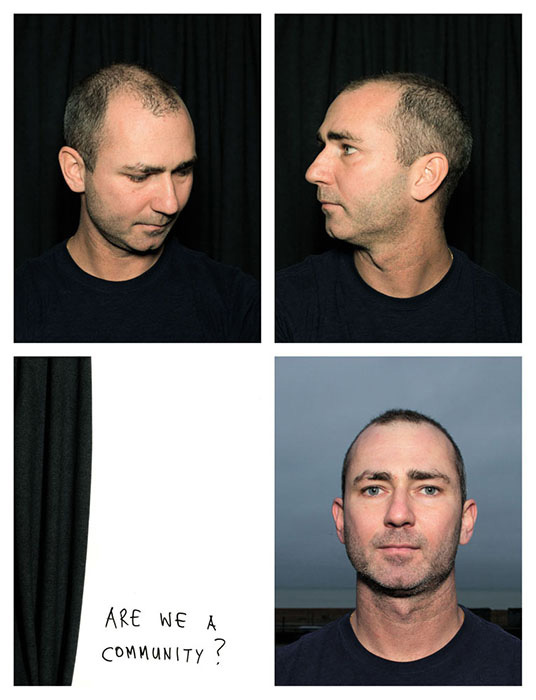 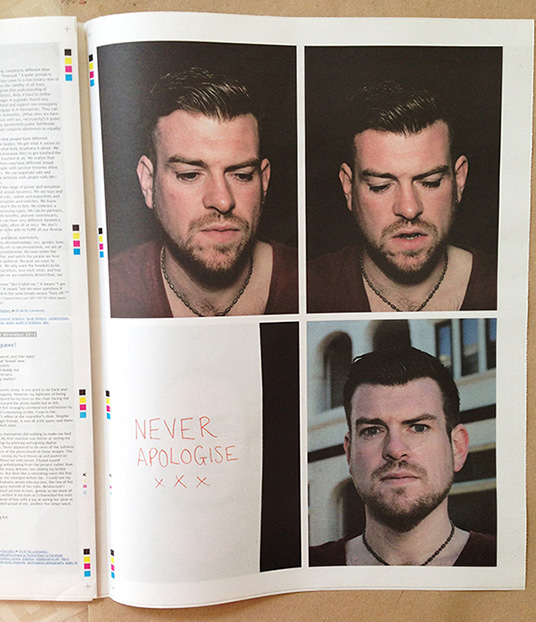 Luvera has chased Residency with a new project, not going shopping, a series of collaborative portraits of the lesbian, gay, bisexual, and transgender community in Brighton, England. It is not just his process that is interesting here, thought throughout the process of making the work a public blog was kept (from the first meeting through to after the exhibition) but also the way the work was distributed feels like a strong movement away from the traditional gallery space. 4,000 copies of a 16-page newspaper, containing excerpts from the public blog and the private Facebook discussions between participants, alongside documentation of the making of the Collaborative Portraits, were distributed free across. The Collaborative Portraits were also displayed on large-format posters in outdoor public spaces across Brighton. In addition, photographs made by participants and the Collaborative Portraits are featured alongside excerpts from oral history interviews and ephemera related to the cultural heritage of LGBT* people in the Queer in Brighton anthology which Luvera co-edited with Maria Jastrzebska. Each of these different presentations was intended to lay bare the multiple aspects and collaborative process that forms the work.

Luvera’s work has been catalytic for me––pushing me to really consider the tension between the kind of evocative, sensational work that professional visual storytellers produce (particularly when they are working with the kinds of communities that Luvera works with––homeless people and queer people) and the collaborative process which produces images that seem primarily to belong in a personal collection (like a family photo album). Specifically when the subject matter, and the people who participate and collaborate, are still ‘sensational’.

This work doesn’t scream dramatic. It is, across the board, simple, clear and straight forward. The images don’t ‘other’ the people in them, nor do they buy in to the audiences desire for a fly-on-the-wall account of homelessness or queerness. They simply present people as people, and lay bare the process of the projects. The impact here is not overwhelming, like the way that some photojournalism (of the same topics) can be––nothing punches you in the face. But the impression is a lasting one.

I find the tension between those two one of the most interesting aspects of extending documentary and photojournalism––and it has come to form the essential question of my PhD thesis, which is basically: How can we continue to utilize the visceral, affective visual language of documentary photography to activate for social change, while democratising the process of creating those images with people, instead of of people?

I don’t know if anyone has answers to that question yet. But I reckon that Luvera’s work sort of transcends that––the statements are bold, but they don’t force. And there is something quite beautiful about the way he holds the space to let the faces of the people he works with do their own talking.

The book of the Residency project was published by Belfast Exposed. Find more of Luvera’s work at luvera.com.