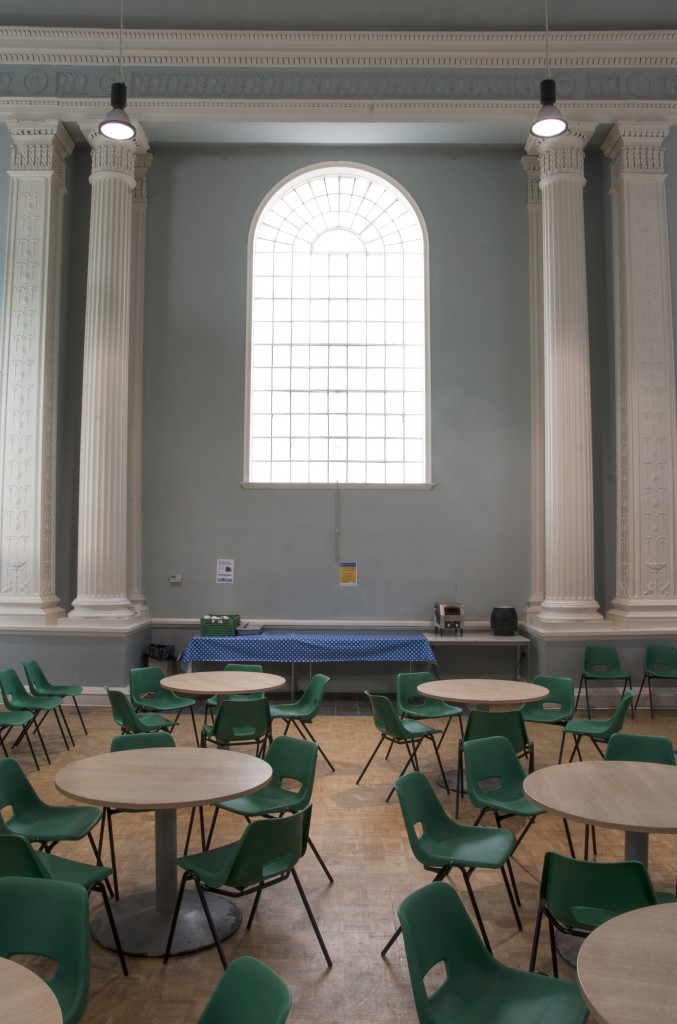 First Base Day Centre from Assembly by Anthony Luvera, 2013-2014

ASSEMBLY is an exhibition of work created over a twelve-month period by Anthony Luvera with people who have experienced homelessness living in Brighton.

As part of Assembly, Luvera invited individuals associated with First Base Day Centre and Phase One Project to use disposable cameras and digital sound recorders to capture their experiences and the things they are interested in. The artist met with participants regularly to discuss their images and sounds, and to record conversations. Participants were also invited to learn how to use digital medium format camera equipment in order to work on the production of a self-portrait for the artist’s ongoing series Assisted Self-Portraits. Luvera’s role in this process is to provide technical tuition and support, while the participant determines when and where the photograph will be taken, and how they, the subject, will be framed.

For the creation of Assembly, Luvera also collaborated with The Cascade Chorus, a choir of people in recovery that rehearses in St Stephen’s Hall. Formerly located near the Pavilion Gardens, this Regency period hall was one of the most popular assembly rooms of eighteenth century England before being moved brick by brick to Montpelier Place, where it is now the home of First Base Day Centre.

Considering the ways policy, legislation and services, at both local and national levels, assist or otherwise impact on people experiencing issues with accommodation is an important aspect of the work underpinning Luvera’s practice with homeless individuals. Also shown in this exhibition is Frequently Asked Questions, a collaboration between the artist and a participant, Gerald Mclaverty. This installation invites contemplation of correspondence with council representatives of forty cities and towns across the UK about support provision for homeless people.

Anthony Luvera has worked on a series of long-term photographic projects with homeless people in cities and towns across the United Kingdom since 2002. Assembly builds upon his interests in exploring the tension between authorship (or artistic control) and participation, pedagogy as an artistic practice, and the ethics involved in representing other people’s lives.

A free panel discussion in response to Assembly will take place on Saturday 11 October at 14.00.

Join a panel of professionals from a range of backgrounds to discuss issues involved in the creation of work by artists using strategies of dialogue, participation and collaboration in the context of community groups.